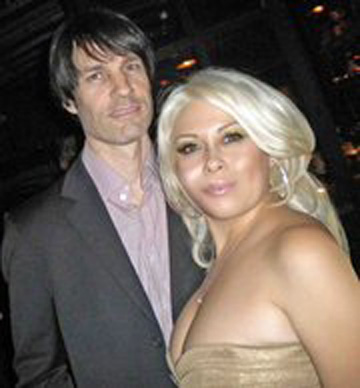 HOLLYWOOD—Los Angeles Police Department officers were called to the 6500 block of Hollywood Boulevard at 3:05 a.m. on Tuesday, January 4, after they had received reports of “shots being fired.”

Upon arrival, they found the victim “suffering from multiple gunshot wounds, lying in a hallway on the third floor,” as reported by authorities. Moments later, the Los Angeles Fire Department arrived at the scene, where they pronounced the woman dead.

The victim has been identified as 33-year-old Enedine Vigil. Her roommate and fiancÃ©, Paul Matthew Allee, is being held for murder on $2 million bail after “holding police at bay for four hours,” according to the LAPD.

Allee was reportedly “uncooperative” with police and “refused to come out of the apartment.” A standoff began and the LAPD’s SWAT Unit and the Department Crisis Negotiators arrived at the scene. The standoff concluded at approximately 7 a.m., after which Allee was taken into custody. Police reported that Allee had to be subdued with a taser device.

KTLA caught on tape an individual identified as Allee being evacuated on a stretcher by authorities and taken into an ambulance. LAPD spokesperson Gregory Baek, spoke to Canyon News and said that Allee was first “treated for injuries and then taken to jail,” where he currently resides. By Thursday, Allee appeared in court and faces life in prison for one count of murder and a special allegation that he personally and intentionally discharged a firearm causing great bodily injury and death.

A handgun was recovered at the scene, and it is believed to be the murder weapon. Although no motive has been found, detectives are currently investigating the case, according to Baek.

On his website, Rapper Jacky Jasper wrote that he knew both the victim and murder suspect and was there when the murder occurred. Jasper wrote of his accounts of the accident, stating that he was at his girlfriend’s apartment at around 2:30 a.m. That was when he heard “four gunshots in rapid succession.” Once he heard officers in the hallways knocking on doors and mentioning a “blonde woman,” Jasper knew right away that the woman in question was Vigil. According to Jasper, Vigil was identified by her cell phone, which he called at the officers’ request. “As I called I could hear Enedine’s cellphone ring just outside our door,” he said.

The description from the LAPD of Allee is that of a 32-year-old male; however, Jasper claims that Allee is not 32 but 41 years old. “They were both under great stress this last year. They had become engaged earlier this year. We were the first they told. Paul is in the financial industry with included stress, but Enedine was a free spirit with a beautiful soul,” said Jasper and concluded, “There was absolutely NO signs to me that something like this could ever have happened. Some things of slight concern or annoyance but not something that could explode so violently between a couple everyone had no reason to think was less than in-love.” However, Jasper still remains firm that Allee is guilty of shooting Vigil “in cold blood”¦ multiple times in her back” and that one bullet landed in his girlfriend’s bathroom.

In a written statement to Canyon News, Jasper confirmed that he has received threats from the Allee family, and his legal representation is currently dealing with those threats.

A Facebook fan page for Vigil titled “Remembering Enedine Vigil” states in its description, “We are all in shock of the tragic loss of a beautiful girl”¦ though originally from a small town, Taos, New Mexico, her heart belonged to Hollywood.”

A memorial obituary page states Vigil is survived by her son, her mother, father, stepfather, two sisters, a stepsister and grandparents. A memorial service will be held in Taos, on Sunday, January 9, at 5 p.m. at the Riviera Chapel. The page states Vigil was a “makeup artist, fashion designer, and business owner.”

As mentioned by LAPD spokesperson Baek, Vigil’s murder continues to be investigated. Those with information about the case are urged to call Hollywood Homicide Detectives Chris Gable or Brett Goodkin at 213-972-2910. During non-business hours or on weekends, calls should be directed to 1-877-LAPD-24-7 (877-527-3247). Anyone wishing to remain anonymous should call Crimestoppers at 1-800-222-TIPS (800-222-8477). Tipsters may also contact Crimestoppers by texting to phone number 274637 (C-R-I-M-E-S on most keypads) with a cell phone. All text messages should begin with the letters “LAPD.”  Tipsters may also go to LAPDOnline.org, click on “webtips” and follow the prompts.