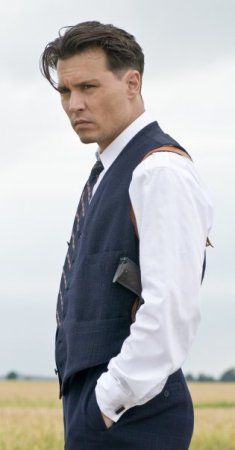 HOLLYWOOD—Most people start in the industry by acting in commercials or on television.  Making the transition from television to the big screen is not an easy task.  After playing a character on a TV series for a period of time, that character not only becomes stamped into the audience’s memory, but also in pop culture.  It’s an unfortunate side effect of the industry; some actors/actresses become cemented in stone for the roles they portrayed earlier in their career, while others are able to successfully break that effect.

Take a look at Jamie Foxx.  He started his career in television as a comedian on the show “In Living Color” in 1991 where he played a variety of characters.  He made the transition to music, which didn’t explode the first time around.  In 1996, he starred on the sitcom “The Jamie Foxx Show.”  From there Foxx delivered a sensational performance in Oliver Stone’s “Any Given Sunday.”  With that performance he began to shed his comedic image that the public had known for years.  In 2004, Foxx solidified himself as a formidable force in the industry earning an Oscar nomination for Best Supporting Actor for “Collateral” and winning the Oscar for Lead Actor for his portrayal of Ray Charles in the biopic “Ray.”  He has since had box-office success with films such as “Dreamgirls,” “Law Abiding Citizen” and “Valentine’s Day.”

Sarah Michelle Gellar got her start in a Burger King commercial at the tender age of 4.  In 1993, she portrayed Kendall Hart on the soap opera “All My Children.”  In 1997, she debuted as Buffy Summers, a teen whose destiny was protecting her family and friends from vampires on the series “Buffy the Vampire Slayer.”  Gellar made Buffy an icon in pop culture that has never been forgotten.  She juggled school, a social life, family and fighting off vampires.  She had stellar success at the box-office with roles in horror films “I Know What You Did Last Summer” and “Scream 2.”  After the series ended in 2003, Gellar had box-office triumphs with “The Grudge” and “Scooby Doo.”  Her roles in “Harvard Man,” “The Return” and “Simply Irresistible” didn’t resonate with audiences though.  She hasn’t been able to successfully shed her image as “Buffy” because for years that character was invited into the homes of both viewers and critics who adored her; there’s a yearning for that character to come back to the small screen or to at least see her one final time on the big screen as a form of closure.

Now let’s look at the career of actor Johnny Depp.  His first film was “A Nightmare on Elm Street” in 1984.  He then turned to the small screen with his role as Officer Tom Hanson on “ 21 Jump Street.”  After leaving TV, he delivered a sensational turn in 1990’s “Edward Scissorhands.”  He has since evolved as an actor with roles in “Sleepy Hollow,” “Charlie and the Chocolate Factory,” the “Pirates of the Caribbean” franchise as Captain Jack Sparrow where he earned an Oscar nomination and recently in “Alice in Wonderland.” All those films have made huge numbers at the box office.  Depp has consistently picked roles in cinema that allowed him to depict range in characters, showing his craft as an actor.

Jennifer Aniston first captured the attention of the viewers and critics as Rachel Green on the NBC comedy “Friends” in 1994.  It became a global phenomenon that viewers tuned into every Thursday night for more than 10 years. She dabbled in films throughout the series and ran with roles in movies such as the 2003 box office hit “Bruce Almighty” where she starred alongside Jim Carrey and she received critical praise for her performance in “The Good Girl.”  When “Friends” came to an end, Aniston jumped to the big screen with a risquÃ© role in 2005’s “Derailed,” which failed to impress critics and moviegoers.  Her last few films “Love Happens,” “The Bounty Hunter” and “The Switch” all fizzled at the box office.  It’s difficult to shake a character like Rachel Green who appeared on television for such a long-time viewers automatically link Aniston to that character. Since the series is still in syndication, it makes it even more difficult to escape that role because viewers are constantly reminded of that character.  I would argue Aniston has made a successful transition from TV to film, but hasn’t been able to completely discard her TV past and find those movie roles where audiences see her in a different light.

Actors who start their careers in television have difficulty making the leap to the big screen successfully because those TV characters have become ingrained into the memory of the public. This does not mean any actor who does television can’t make the leap to the big screen because many have successfully done so such as Michelle Williams, Will Smith and Leonardo DiCaprio to name a few.  It depends on how strongly cemented that character has become with pop culture.  Picking roles in cinema that forces the viewer to see the actor in a new light is an important strategy, but you don’t want roles that are too drastic too early.  This forces the audience to acknowledge that the character portrayed on TV doesn’t completely define the actor because they have much more to offer.