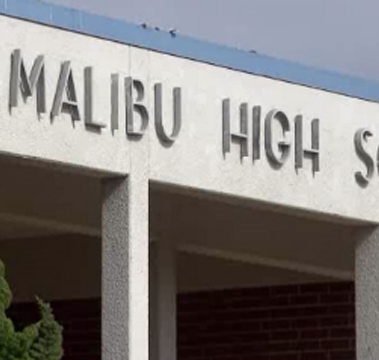 MALIBU — The test results for polychlorinated biphenyls (PCBs) at MalibuHigh School were released on Friday, January 3. During the school’s winter break, the campus had been tested, cleaned and tested for a second time; samples had been taken from air, dust and caulk and the Environmental Protection Agency is currently reviewing those results. The results of the post-cleanup test will be released on Tuesday, January 14.

Canyon News spoke to Superintendent Sandra Lyon, who said that the classrooms that were tested in November went through the post-cleanup test, with some of the windows opened and some of them closed, in order to imitate “as used” conditions. “In every instance the door to the classroom was closed and the air ventilation/heating system was off – because we also understood that to be typical conditions for most classrooms,” the Superintendent said. Rooms that were not tested in November were examined with the windows closed “to provide a direct comparison to the November test results,” as the EPA had requested.

Canyon News spoke to Dr. Paul Rosenfeld, the environmental consultant hired by the parents of Malibu High students. According to Dr. Rosenfeld, 4 out of 10 caulk samples show that the school is in need of PCB remediation. Furthermore, not enough information has been given on whether the windows were opened or closed during the tests and whether the equipment was properly calibrated. It will continue to remain unclear whether the results and analysis are valid until the reports are released.

Dr. Rosenfeld went on to say that Malibu High is not the only school in danger of PCB contamination. “The rest of LA’s schools have the same issue,” he said. “This is a national problem.” More than 150 incidents involving leaking or smoking fluorescent ballasts (containing PCBs) have occurred in New Jersey and New York schools during 2012 and 2013.