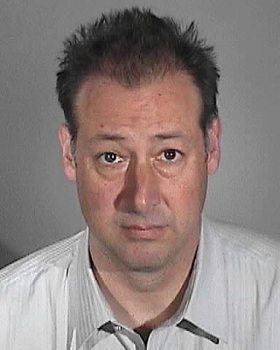 SHERMAN OAKS—A man accused of killing a Chihuahua with his car was sentenced to prison on Monday, April 28.

Michael David Parker, 45, was given 16 months to serve in state prison by a Superior Court Judge, according to Ricardo Santiago of the Los Angeles County District Attorney’s Office. The Sherman Oaks resident pleaded no contest to the charge of cruelty to an animal on April 25. Parker also admitted to using his vehicle as a deadly weapon, which caused the charge to count as a strike.

Parker was accused of killing the Chihuahua that once belonged to his estranged wife on December 28, 2013, according to the Hawthorne Police Department. Video surveillance footage caught Parker as he pulled the dog named Cow-Cow out of his vehicle’s trunk in an alley in the area of El Segundo Boulevard and Doty Avenue.

Parker proceeded to run over the dog and fled the scene, leaving the five and a half-year-old pet to die. Hawthorne Police and Animal Control later found the body of Cow-Cow on January 2, 2014, which had been placed in a plastic bag by an unidentified resident.

Parker was arrested and booked by police on January 3, 2014 with a bail amount of $20,000. He made bond and was released later that same day.