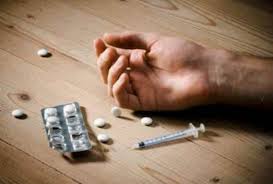 HOLLYWOOD—Stephen Allbritton was arrested by officers from the Los Angeles Police Department on May 9, for what police believe was his role in the drug-induced death of 21-year-old Meagan E. Ryan. Allbritton, 26, was taken into custody at his home on the 1300 block of N. Sycamore Avenue, and was arrested shortly after the woman had died. Ryan was described by the LAPD as a “resident of Los Angeles.”

Ryan was charged with Involuntary Manslaughter, for his alleged role in procuring and delivering drugs into Ryan’s system.

According to the LAPD, detectives from the Hollywood Homicide division made the arrest after officers from the Hollywood Patrol Division were alerted to the overdose just before 10 p.m. on May 8. The woman was officially declared dead “shortly after her arrival at the hospital,” according to the LAPD. Officers also quickly determined that Ryan “had been smoking and injecting ‘heroin’ with several other people.”

Allbritton’s bail was set at $62,500 and he was taken to Los Angeles Metropolitan Jail.

The LAPD believes that there was “probable cause” Allbritton was the tool of Ryan’s destruction; it is believed by investigators that “Allbritton had injected Ryan with heroin at her request.”

The identities of others around Ryan at the time of the overdose have not yet been released to the public.

Hollywood Homicide detectives are still seeking further information on the case, and encourage anyone with additional information to contact Hollywood Homicide Detective Chris Gable at 213-972-2910, or on weekends and off-hours, to call 1-877-LAPD-24-7 or 1-800-222-TIPS. Tipsters can text Crimestoppers at 274637, beginning the messages with “LAPD.”