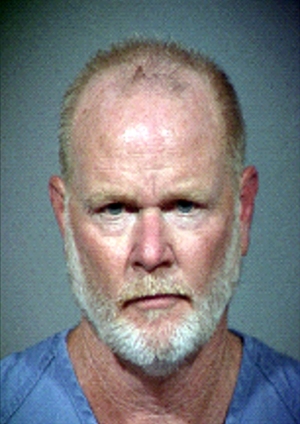 WOODLAND HILLS —On April 15, a man accused of exposing himself to a woman was taken into custody, according to the Ventura County Sheriff’s Department.

Police indicate that a woman had been jogging in the area of the Victory Trailhead in the Upper Las Virgenes Canyon Open Space Preserve, where the suspect allegedly came out from behind a bush and exposed himself to her.

After the woman escaped and summoned police, the suspect, 55-year-old Thomas Burkhead, was found leaving the area and was arrested. According to police, similar incidents of a man exposing himself to women in the area have been previously reported.

Burkhead, a resident of Woodland Hills, currently faces two counts of indecent exposure. He was arrested at Ventura County Jail and released on April 16.

A court hearing has been scheduled for the suspect at Ventura County Superior Court on May 18.