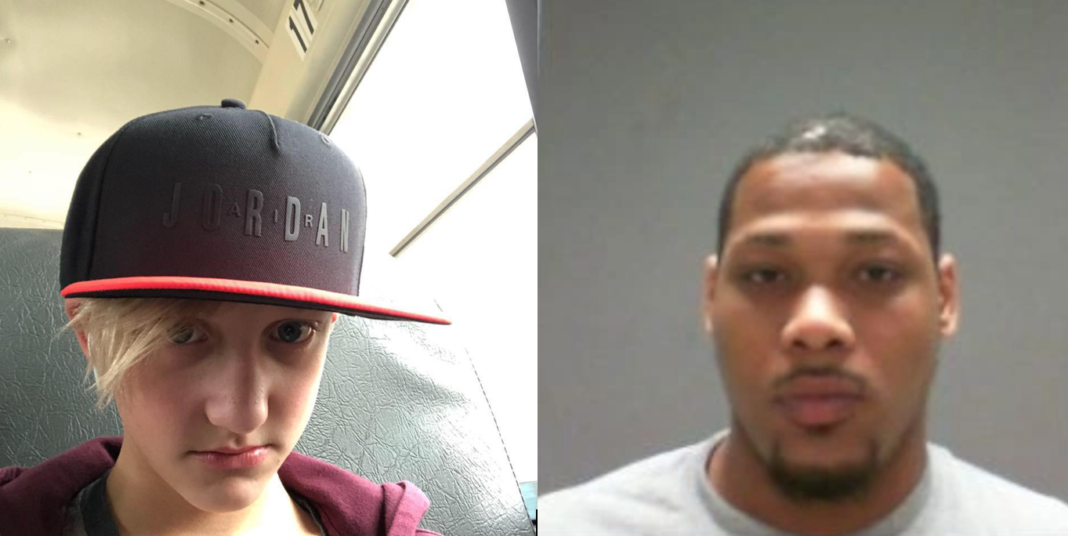 CAPE GIRARDEAU, MO—Monday July 6, Cape Girardeau PD confirmed that the suspect identified as 27-year-old, Cedric Charles Moore Jr. accused of punching a 12-year-old boy, Ethan Hagler on the evening of July 3 around 11:40 p.m. near Independence Street is charged with two felonies—Felony Assault in the 2nd Degree and Felony Child Endangerment in the 1st Degree.

In the candid video footage, you can see the boy peacefully dancing minding his own business when a black SUV rolls up to the scene, a male gets out of the front passenger’s seat and with no warning, blind sided the kid with a punch to the head causing him to fall to the ground. The suspect rushed back into the car and shut the door as the car sped off. With no provocation before and no dialogue after the punch, everyone on the street corner looked confused and came to the defense of the child.

Cape Girardeau PD confirmed July 6 that the juvenile was transported to a local hospital afterwards and was, “bleeding from the head and nose but he has since been released from the hospital.” The Cape Girardeau Police Department told Canyon News that Hagler is suffering from a concussion.

Officers confirmed that they are investigating to find clues on Moore’s whereabouts. They stated that they have “been met with a lack of cooperation from the suspect’s friends and family” but Moore’s sister, Cherish Moore stated on her Facebook page, “Police haven’t been to the house to look for him. Honestly if they were doing their jobs they could probably find him, but I’m no help cause I don’t know where he is at. Just because we share the same DNA doesn’t mean we represent the same thing.” Moore also asked people on social media to keep her family is her prayers as she has gotten hate messages from the public.

Since the video has gone viral, people on social media are asking, “Where’s the hate crime charge??” and calling Moore “human garbage.”

State Prosecutor Mark Welker explained on a facebook post why a hate crime would not be in the best interest of the victim. Moore is wanted for Assault in the 2nd Degree and Felony Child Endangerment in the 1st Degree which are capable of harsher punishment in this case.

The public has been advised to call Cape Girardeau PD with tips or knowledge regarding Moore’s location, at the following lines: