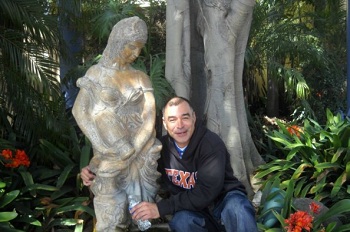 At the West Hollywood Halloween Carnival, Gilbert Estrada suddenly burst into flames during the festivities. He was transported to the Cedars-Sinai Medical Center following the incident, but succumbed to his injuries on Friday, November 1.

A video that surfaced online on Monday, November 4 shows the incident, but it is not clear at what point the man began to burn nor does it show how the flames engulfed him. Many people in the video seemed confused as to whether the incident was real or a stunt, though several onlookers did try to snuff out the flames using clothing and water from bottles.

Canyon News spoke to a Los Angeles Sheriff official who said that Homicide investigators are still interviewing eyewitness and looking for additional photographic and video evidence, in addition to the video already on the web. He noted that investigators were leaning towards calling the incident a “tragic accident, and not a homicide.”

The family of Estrada have begun a crowd sourcing campaign on gofundme.com, looking for “financial assistance for his funeral and burial cost.” As of the printing of this story, the campaign has raised $1,276, of an $11,000 goal.

Though the family has revealed the identity of Estrada, investigators have yet to officially confirm his identity. Anyone with any details regarding the incident, are asked to call the sheriff’s Homicide Bureau at 323-890-5500.