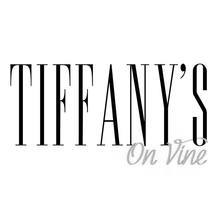 HOLLYWOOD—A man was wounded on Monday, October 10, outside a Hollywood nightclub. Officer Norma Eisenman of the Los Angeles Police Department’s Media Relations Section indicated that the shooting was reported at 1:40 a.m. on Vine Street just north of Hollywood Boulevard. The LAPD are searching for a man and a woman who fled the establishment after the shooting occurred.

Witnesses reported an argument beginning inside Tiffany’s On Vine between two women that spilled out into the parking lot which led to the shooting.

A red Corvette was found shattered in the parking lot. According to ABC7, a woman who was at the venue said she heard six gunshots, followed by a pause and then six more shots. There was a black Jeep at the location and a weapon was found inside the vehicle. According to reports, a person was detained for questioning. It is unknown if the weapon recovered was used in the shooting. Bullet casings were found on the scene.

Officer Norma Eisenman noted it was unclear  who fired the weapon and whether the victim shot was involved in the dispute.  The victim was transported by paramedics to the hospital to be treated for injuries sustained in the shooting. He is listed in stable condition.

Police have not released a description of the suspect to the public. A section of Vine Street, just north of Hollywood Boulevard was closed as police investigated the crime. The case still remains under investigation.