TOPANGA CANYON—The Los Angeles Police Department (LAPD) is seeking help from the public to find possible victims of a man who is suspected of sexually assaulting minors he met online. The suspect has been identified as Princeton Bloome, 22.

According to LAPD, Bloome used “false identities and fabricated stories about his lifestyle” to connect with minors online and form a relationship with them. He would later ask minors out and sexually assault them.

In 2018, Bloome sexually assaulted a 13-year-old teenager in the Topanga area. It was reported that he met with the teenager several times within a month, threatening to harm the victim and the victim’s family in order to continue seeing the victim.

In January 2020, another 13-year-old minor was sexually assaulted by him in the North Hollywood Area. Bloome took the same action, threatening the victim and the victim’s family to keep them quiet.

In May 2020, a similar incident happened in the West Los Angeles region with a victim who was 16 years old.

“Bloome was taken into custody by the LAPD on June 25, 2020 related to the West Los Angeles and Topanga incidents. Charges were later filed for the North Hollywood incident,” LAPD said in a statement. 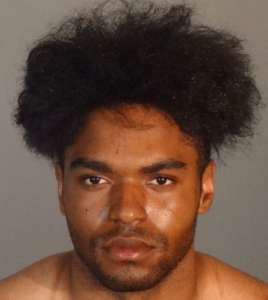 Detectives are reaching out to the community to find possible victims and are asking any victims to come forward.

Anyone who has additional information related to the case should contact LAPD North Hollywood Sexual Assault Detective Perez or Officer Rico at 818-754-8435 and 818-754-8436.

Tipsters can visit www.lapdonline.org and click on “Anonymous Web Tips” under the “Get Involved-Crime Stoppers” menu to submit an online tip or download the “P-3 Tips” mobile application and select the LA Regional Crime Stoppers as their local program.

The Current State And Forecasts Of The California Housing Market

Key Innovations In The Ninth Edition Of Drupal: Brief Review