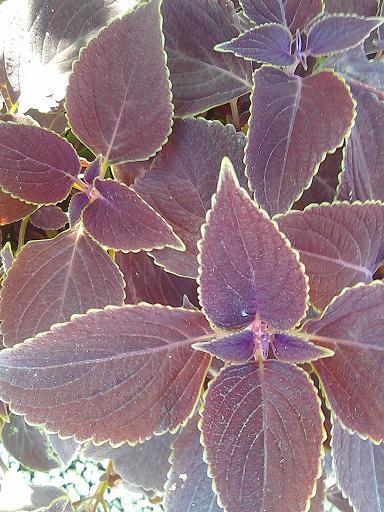 UNITED STATES—Here on the west coast, autumn and winter weather is so mild that the native coral bells are already starting to develop new foliage on top of the old foliage from this last year. Technically, they are evergreen, so the old foliage does not need to be shed; but if it is not too much to ask, some types look better with a bit of grooming.

Other perennial plants that are from climates with stronger seasons and colder winters are not quite so evergreen. Many shed all of their foliage and are completely bare for at least part of the winter. Only a few, like cyclamen, are at their best through autumn and winter.

Dried watsonia foliage should be removed now if it has not been removed already. It is not so easy to pluck off like gladiola foliage is, so it should be cut off with shears. Because new foliage for next year develops before the old foliage of this past year is completely brown, it is often necessary to cut the old a few inches above the ground in order to avoid damaging the new.

The so called ‘evergreen’ daylilies can be even messier. New foliage is rather delicate, so it is easily tattered by the removal of old foliage. The ‘deciduous’ types may seem to be less appealing because they are bare for part of autumn and winter, but are so much easier to groom by simply removing all of the deteriorating old foliage as soon as it separates easily from the roots.

Deteriorating flowers can be removed from cannas; but their lush foliage can stay until it starts to deteriorate later in winter. Even if it survives winter, it should eventually be cut to the ground as it gets replaced by new growth in spring.

The many different iris have many different personalities. Most should be groomed sometime between summer and late autumn, although Dutch iris were groomed much earlier. Bearded iris that do not get divided can be groomed simply by plucking off big old leaves to expose smaller new shoots below.

Some dahlias bloom until they get frosted. Most though, are already finished. They do not need to be cut back all at once, but can be cut back in phases as leaves and stems dry and turn brown.

From Santa Barbara to Vancouver, and also in central Idaho, the humble native coral bells, Heuchera micrantha, is not much to look at, with compact rosettes of relatively small and bronzy rounded leaves with weird tomentum (hairs). In spring and early summer, and sometimes again in autumn, sparse trusses of minute brick red flowers hover about a foot above on wiry and slightly fuzzy stems. Old plants that get bare in the middle can be divided into several small plants in spring or autumn.

Modern cultivars are considerably more interesting, with more substantial foliage in various shades of green, gold, tan, brown, bronze and purplish bronze. The larger and variably lobed leaves can be two inches wide or slightly wider. The flowers stand as much as two feet high, but lack color. Most are pale greenish white. ‘Palace Purple’ has deep bronze or almost purplish foliage. ‘Ruffles’ has deeply lobed and ruffled green leaves. Unlike undemanding wild plants that can grow in cracks in exposed stone, modern cultivars like rich soil. Harsh exposure can scorch foliage, so a bit of partial shade is preferred.