A total of 96 people are charged for their roles in the marriage fraud scam; a total of 50 people are currently in law enforcement custody.

“These arrests mark the culmination of a comprehensive yearlong multi-agency investigation into one of the largest alleged marriage fraud conspiracies ever documented in the Houston area,” announced Special Agent in Charge Mark Dawson, HSI Houston. “By working together with our partners from various federal law enforcement agencies, we have sent a resounding message that we are united in our effort to disrupt and dismantle criminal organizations that seek to circumvent U.S. law by fraudulent means.” 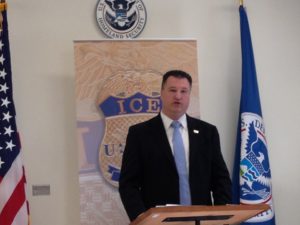 The investigation was reportedly directed at a criminal organization responsible for the large-scale scheme to illegally procure immigration status and entry of immigrants into the U.S.

Ashley Yen Nguyen, aka Duyen, 53, of Houston was the alleged leader of the Southwest Houston-based criminal organization. Duyen reportedly had associates in operations throughout Texas and the Republic of Vietnam. Crime reports indicate that according to the agreement between Duyen and the beneficiary spouse, the latter was to receive $50,000-$70,000 once permanent U.S. residential status was achieved.

Duyen, along with others allegedly recruited individuals to work as petitioners until becoming recruiters themselves. There were also alleged photos to make it appear an actual wedding took place, along with alleged “visits” between the U.S. and Vietnam. Officials reported false tax returns being filed, in addition to fabricated employment records.

Conspiracy to commit mail fraud, mail fraud and tampering with a witness, victim or informant all carry possible 20-year federal prison sentences. If convicted of conspiracy to commit marriage fraud or marriage fraud, those charged face up to five years in prison. The remaining charges all have maximum possible 10-year-terms of federal imprisonment.