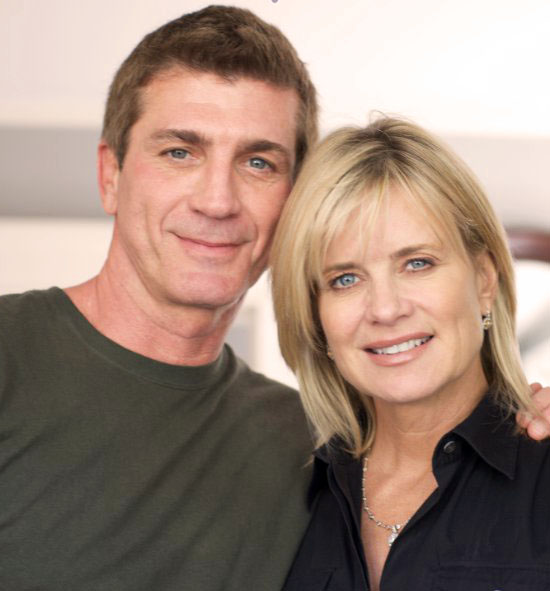 MALIBU—Hollywood icon and one of our favorite leading ladies Mary Beth Evans spoke exclusively with Canyon News just before taking off to Colorado for her Christmas holiday with her handsome husband and family. The elegant, brash and exciting leading lady, who has starred on “Days of Our Lives” as Kayla Brady and “As The World Turns” as Sierra Montgomery is always witty and fascinating to talk to. Mary Beth is one of the most unaffected stars in the industry, and modest about her extremely powerful persona on screen and off. The star was voted Best Actress by her fourth grade classmates in Orange County. From there the blonde beauty, self-described “beach girl” set her sights on a performing career. At the age of 14, she got a job in a fast-food restaurant and had her older sister drive her to acting classes. Following graduation from Huntington Beach High School, Mary Beth spent five months in Europe before joining the prestigious South Coast Repertory Conservatory.

In the 1980s Mary Beth became half of the huge daytime super couple Patch and Kayla on NBC’s “Days of Our Lives.” Though very modest, Mary Beth is truly one of the first to be called a hot daytime ingÃ©nue, and now after 25 years of television and big screen accomplishments, the stunner has set her sights on the Internet. That’s right, like many distinguished actresses, Mary Beth is now starring as the matriarch in the web series “The Bay,” which was created by entertainment genius Gregori Martin of Lany Films. Martin is credited with creating the most successful continuing drama on the world wide web, and in addition to Evans, other big names have signed on. My “ATWT” costar Lesli Kay, who stars as Felicia on “B&B,” Lane Davies, Martha Madison and “Dr. Quinn” star Joe Lando have appeared on the series. “I am very excited about working with all of the stars on the show,” said Evans. “But it’s really fun to think of working with someone like Joe Landau, who like me is a family person and a hard working actor in the business, who puts the business aside for his family.”

The star is quick to give praise to all of her costars, but laughs when I ask her how she feels about playing the matriarch, something many leading ladies over 40 in Hollywood dread. “Tommy, initially that was a big shocker for me. Then I read the script and realized what an exciting role it is. She’s unstoppable, she’s disliked by many and has a checkered past. The role was just too good to pass up,” said Mary Beth. Her character Sara is filled with many secrets and the fun is just begging. Evans said, “She’s exciting, she’s like no other character I’ve played. I am really impressed by Gregori [Martin] and what he’s doing on his own. He took this idea and has made it a great series. I like the most recent episode, now not only is Sara multi-dimensional but all of the characters are more edgy. It’s where the show needs to be. I know in the first two episodes they had to introduce the characters and open everything up, but now it’s really action packed. Maybe this time you and I will get a chance to act together, since we both were on ”˜As The World Turns,’ but didn’t have any scenes together.” Evans and I passed each other regularly in the hallways of the Brooklyn set at JC Studios, where “As The World Turns” was filmed until last summer.

Mary Beth and I caught up in between her shopping for the holidays and before she departed to the Rocky Mountains to spend Christmas with family and friends. She’s not your typical Hollywood star, far from being a desperate housewife. She’s actually a soccer mom, who just put her youngest in college last summer and is looking forward to the future. “The Bay really is fun and something I think everyone would love to see. On a side note, please tell everyone including my fans of the series and my two dearest friends who do my website; Sherry [McCutcheon] and Sandra [McHale] to have a Merry Christmas and I look forward to speaking with you again in the new year, Tommy.”

Next week we will run our second part of Mary Beth’s exclusive holiday interview, where she goes into her character and “The Bay” a bit more in depth. To watch the most recent episode of “The Bay” go tohttp://www.thebaytheseries.com/. ã€€

Photographs are Courtesy: The Bay Productions and Lany Films
DISCLAIMER: This article was a contribution made by an outside agency or person. The content has not been verified by Canyon News. Please exercise your due diligence prior to relying on this article for factual information. Canyon News is not responsible for the views, words, and opinions of contributors.

“Walking Dead” Recap: ‘Out Of The Ashes’