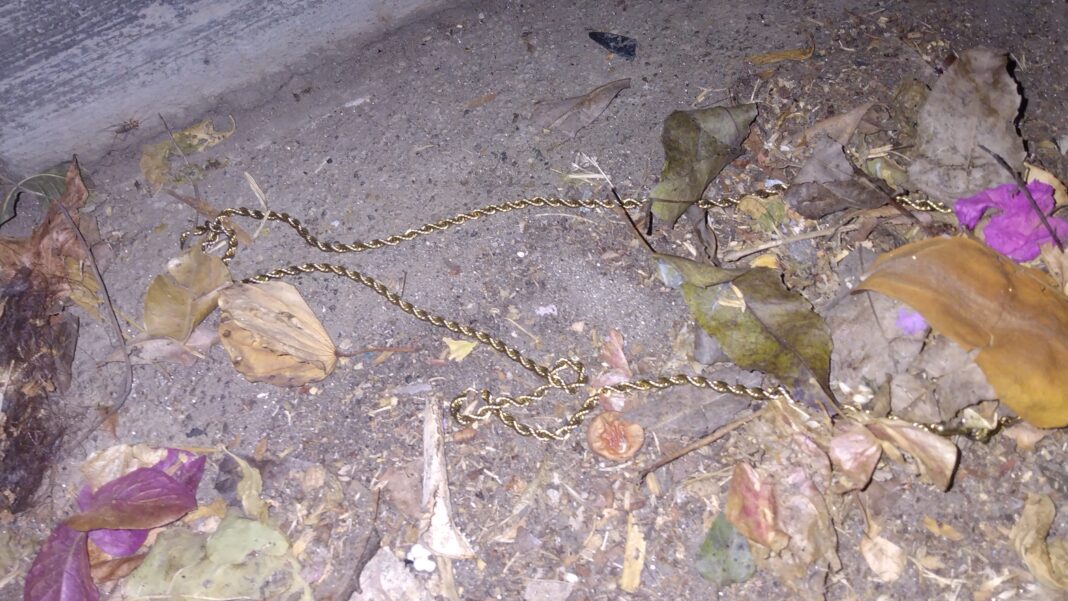 UNITED STATES—Mary Reno turned the corner. It was sun-baked and familiar. Her mood was bouyed by the 90 dollars she had in her pocket. Night was falling. The heat, blessedly, was retreating from its apex. Just as Mary merged with the street that led to a bright new future, a black Range Rover was turning the corner. The passenger side window was open and the bearded guy with his elbow out the window moved his lips. He was asking something as the black SUV came to a halt next to the bus bench.

The passing cars made a lot of noise. To not make out the words of someone who obviously wanted help was disconcerting.

“What did you say?” Mary said.

She had been taught to always listen to people. Mary did maintain the habit of listening to them, even when experience taught her that people weren’t always worth listening to. There was a lull in the traffic. The guy in the passenger side said:

“You remind me of my grandmother,” he said.

The bearded one’s companion, at the wheel of the paused Range Rover, looked over intently. Mary, though scarcely old enough to be their aunt, was not insulted that she reminded them of their grandmother. She had very warm feeling for her nana. She took it as a complement. Nevermind that she didn’t have a clear picture of nana’s face any more. The two guys looked like brothers.

“That’s nice I remind you of her,” Mary said.

“She died today,” said the one on the passenger window.”

“Oh…” said Mary. She didn’t know what else to say. But to say more than that simple “oh” would have been trite.

The one at the driver’s wheel spoke for the first time.

“In our country we have a tradition. When someone we love dies. We must give away something.”

He tugged a ring off his hand and handed it to his companion, who dropped it into Mary’s open palm. The glimmered and she was sure it was 18-karat gold. It felt so heavy on her hand. The one at the window took off a rappers chain, with gaudy links and a phony looking $30 gold piece. It looked like toy gold.

Mary felt alive. She felt the stirrings of greed. It was amazing how much could come from lending an ear to somebody on the street.

“Bless you,” Mary said and smiled.

“In our tradition the person who receives the gift must also give something,” said the one at the wheel. “Is there something that you could offer?”

Mary could think of nothing. Then she reached for the gold chain around her neck: it was a chain of finely braided gold that Diogenes, her dog, had drawn her to one morning near the encampment. It sniffed at some dry leaves in the gutter. Mary Reno wanted to hurry him along, but out of the corner of her eye she saw a glimmer. She reached down and there was a gold chain.

The guy at the wheel scrutinized it. He draped it over his fingers and caressed it. Mary’s heart sank to her toes. He held the one thing of value she had, and mostly sentimental value, because she owned that chain to her dog. And now that she didn’t have her dog, the chain meant all the more.

“That chain has sentimental value,” Mary managed to get out.

The driver pondered it. His companion at the window grinned.

Graydon Miller is the Wizard of Fiction. His thriller “The Hostages of Veracruz” is available on Amazon http://(https://amzn.to/2W44HzW).