LOS ANGELES−Mayor Eric Garcetti announced measures to be taken at the State of the City address on Sunday, April 19. He announced his plans to furlough thousands of city workers over the next fiscal year reducing employees’ pay. In addition, he announced a hiring freeze already in place.

The measures are  to take effect at the beginning of the fiscal year on July 1, in anticipation of budgeting difficulties amidst the COVID-19 outbreak.

Every year, we gather for the State of the City address. Even though we remain apart today, this is our time to take stock of what’s happening in L.A., what we’re doing to confront the COVID-19 crisis, and what’s next in our drive to save lives and rebuild livelihoods.Closed captioning available at http://LACityView.org/Live.Para escuchar una transmisión simultánea en vivo en español, llame al (213) 621-2489.

Garcetti spoke about the city of Los Angeles taking “drastic measures” early on, with Governor Gavin Newsom announcing stay-at-home and social distancing orders. He compared his expectations for the economy following COVID-19 to the recession in 2008.

“We’ve already enacted a hiring freeze in our city government, and that will continue in the coming year. Unfortunately, we must also face another painful reality, that our civilian employees will take twenty-six furlough days over the next fiscal year. The equivalent of a ten percent reduction in pay,” said Garcetti. 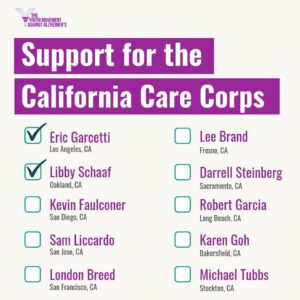 He also addressed the possibility of when the city of Los Angeles would fully re-open announcing the installation of the Cares Corps which was introduced 2 years ago. He discussed how it will be used to help the state of California recover from COVID-19.

On Thursday, April 16, President Donald Trump announced a three-phase guideline for reopening the economy.  He entrusted the presiding governor of each state to dictate when their home state should proceed.

Governor Newsom stated that California and other west coast states are joining forces in incremental releases for the stay-at-home order which he indicated has been working.

“As of today, California, which is the most populous state in the country has one of the lowest mortality rates in the country,” said Governor Newsom.