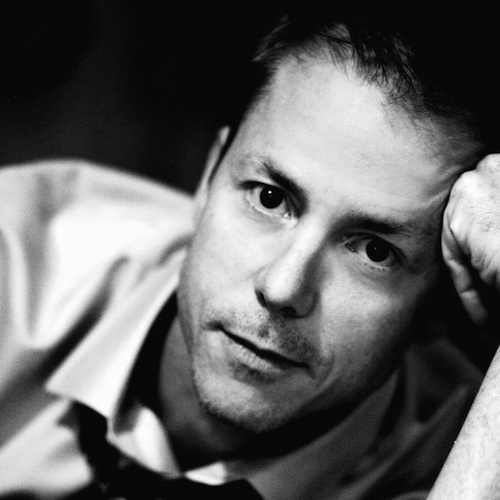 HOLLYWOOD—In this business you meet many singers and musicians; however, the joy of this job is finding the latest hit before the rest of the world. Meet Brett Mikels, and don’t confuse the name or the music with the other famous rocker.

Q-How young were you when you realized you wanted to become a musician and singer?

A-“To be honest, I don’t remember a profound ”˜ah ha’ moment from my childhood, it was a gradual thing. The real magic and pull of music to me was in how it made me feel. I’m from a military family. We were constantly on the move and made many a road trip. I distinctly remember how I felt when certain songs came on the radio. They just colored the moment, the air, the whole trip sometimes. At a young age, I remember experiencing these vastly different (and largely new) emotions, depending on which song was on the radio. It was so powerful to me that I could be in the back of the car listening to ”˜We’re An American Band,’ ”˜Sunshine On My Shoulders,’ or ”˜Livin’ For The City,’ and be in such totally different states of mind. They were all someone else’s thoughts and stories put to music, and the great ones just cut right to your core. You don’t have to have been to or lived in a place to be taken there by an amazing song. I’m really not sure exactly when it came to me, but I knew this was a power I definitely wanted to play with. And then as an adult, I’d been in bands, traveled, lived a little, went back to college, got my bachelor’s degree, was working a ”˜real job’ and then got laid off after 9/11. My buddy Matt and I were going surfing and the waves were too big, and I didn’t want to get hurt. I’d just been laid off, had no income, no insurance, so we went skateboarding and I promptly fractured my wrist. While I was in surgery the next day, I had the epiphany that I’d better take my career seriously, or I’d lose my gifts. That was the moment I committed to being a full time professional musician and singer”¦ I’ve never looked back.”

Q-What is your description of your musical style and taste?

A-“My tastes are definitely eclectic. My style is equally eclectic. I’ve been told this next album has sort of a ”˜Blue Eyed Soul’ sound. I really do have a wide variety of influences, but the most prominent are rock and R&B.”

Q-Are you going to be releasing anymore CD’s this year?

A-“Yes, we’re in the studio now working on the full length CD. We’ve released the first single, ”˜Love Says So’ and are in the process of mastering the next release from the album. The band I’m working with is just mind-blowing, with serious resumes and talent beyond explanation!”

Q-Where can fans find your music?

Q-Where do you see your career in five years?

A-“I see it taking me all over the world, many times over. I have several friends who’ve done it, and it’s now my turn. And if I may, I would like to be doing so in a Citation X, or perhaps a G-650 depending on how many of us there are on tour. What can I say? I’m an aviation buff! I actually love to travel. It’s how I was raised. But the real dream, Like Richard Branson, I have to be in a Bond film somehow”¦ I just have to. As I said, I’m not sure exactly when I discovered my path as a musician, songs are inextricably interwoven into the majority of my life’s memories. But when I saw my first Bond film; that was who I wanted to be! Talk about the quintessential Rockstar! The Aston Martin, the trips all over the world in exotic locations, the finest of everything… I wanna be that guy!”

Q-What musician or band has been the most inspiring to you over the years?

A-“Just one? There are far too many”¦ Stevie Wonder, James Taylor, Bob Marley, Elton John, Joni Mitchell, Miles Davis, Sting, Peter Gabriel, Kenny Loggins, John Denver, The Commodores, The Eagles, Jude Cole, Tom Petty, The Indigo Girls, Prince, Kiss, Anita Baker, it goes on and on. And actually, many of my close friends who’ve been out touring, writing, recording, or not even in music at all. These are people I actually know, have worked with, watched progress”¦ they are a little more real to me somehow. They challenge me to be better, show me it can be done, and share in our collective successes. However, the two people ultimately responsible for all this? My mom and dad. They both achieved huge success in their lives. My Dad is a retired fighter pilot and Mom is a retired ranking politician. By doing so themselves, they unknowingly encouraged me to reach for the stars. I’m a grateful and lucky man!”

Mikels recently came up with a name for his band. “We named it Visual Flight Rules,” said the singer and musician. If Craig Ferguson’s producers and bookers are reading this feature, Bret Mikels is your man. His brand of music and his stylish band are tailor made for Ferguson’s late night flavor. Better get him now, before he makes it big, which he will do. You can catch Bret locally at the Cafe Cordiale in Sherman Oaks on August 25, at 10 p.m.