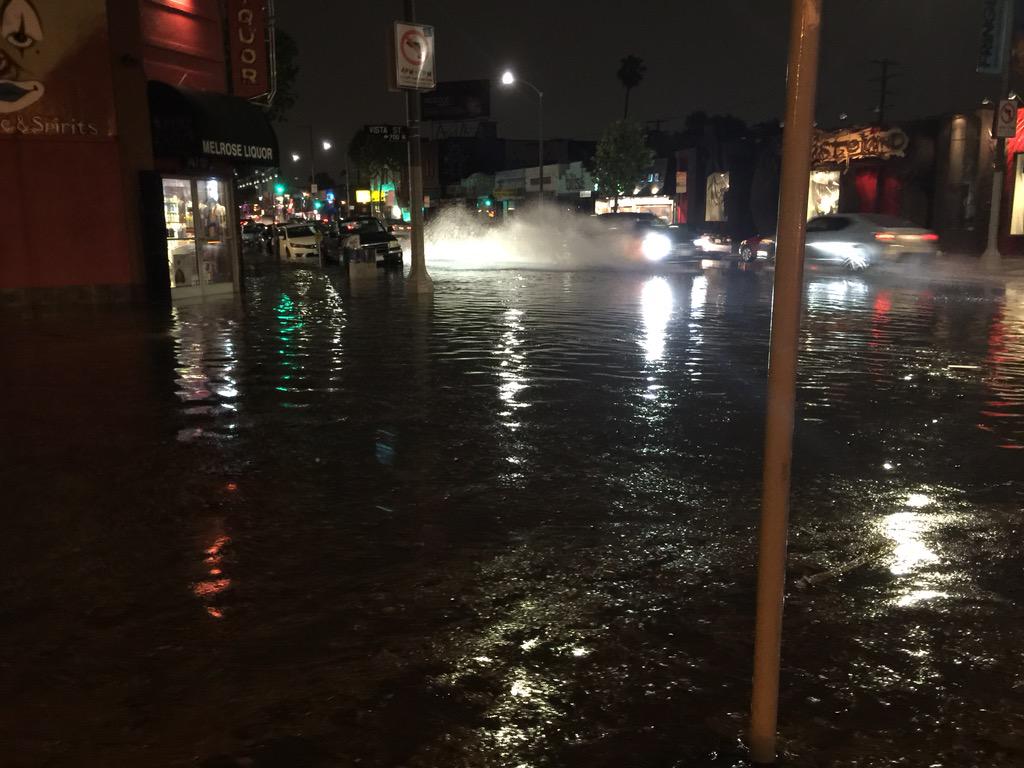 MELROSE—Three blocks of Melrose Avenue near Vista Street, were flooded on Thursday, May 14, interrupting business and damaging several shops.

At around 9 p.m., rain came down in torrents, flooding the street with over one and a half feet of water.  Canyon News spoke with Eric Greenspan, owner of Greenspan’s Grilled Cheese on Melrose about the impact of the weather.  The restaurant was closed for business when the flood occurred.  He said that water reached about ankle height inside the shop, but there was no damage.  “A couple stores got badly damaged, and I feel terrible for them,” said Greenspan.

At the nearby women’s clothing shop Jigsaw Melrose, some merchandise was ruined and mannequins were left with muddy feet.

In an interview with ABC 7,  Jigsaw’s owner Iris Sela mentioned that this has happened on multiple occasions in the area, due to storm drains which are easily clogged and aren’t equipped to handle such large downpours.  She, and other business owners in the area, intend to contact the city about fixing the drains.