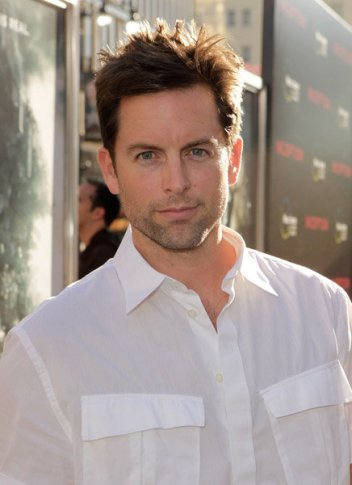 HELLO AMERICA!—The mystery surrounding the exit of acclaimed actor Michael Muhney is still running hot and heavy in the news. The fans are insisting to know the reason why the show’s producers would replace such a powerful, dynamic actors as Muhney. Like one of his costars Billy Miller he has a tremendous fan base and they are not happy.

The “Muhney” mystery becomes even more intense when we received word that the actor has been seen around the studio in the last few weeks.  When checking on the tip, it seems that no one wants to confirm or deny that something might be in the wind. The only response was, “Nothing’s changed.”  Interesting!

“America’s Got Talent” hosts Howard Stern, Howie Mandel, Mel B and Heidi Klum are enjoyable to watch when the judges don’t try to outshine the talent being highlighted. It’s absolutely amazing that Stern is receiving millions of bucks for his appearance when the only thing he has going for him is his wisecracks and ignorant putdowns about some of the real interesting people who are billed on the show. Poor Howie continues to seek approval from the world but he definitely can stand on his own as a comic.

Not only that, there is a very sensitive, warm quality about the guy. You want him to survive all the barbs that Stern throws his way.  As for Mel B and Heidi Klum, what can you say except they are cute and easily dealt with no matter what happens on the show. I’m sorry but, it takes a lot to easily digest anything that Howard Stern comes up with.  It only indicates how far the industry has crumbled, and that is extremely sad!

Suggestion! Don’t look for any great romance to loom up between Jennifer Lopez and “Dancing with the Stars” dancer Maksim Chmerkoyskiy. My source tells me that Lopez is very interested in doing a possible video with Max as the male lead or as choreographer.

Now what happens during that kind of relationship is something that occurs inHollywood all the time. It’s obvious that Max is young, ambitious and enjoys the spotlight, even controversy. Should they, by chance, end up as a couple, there is no doubt that it will be a short run. And I believe that Jennifer and Max are smart enough to know it.