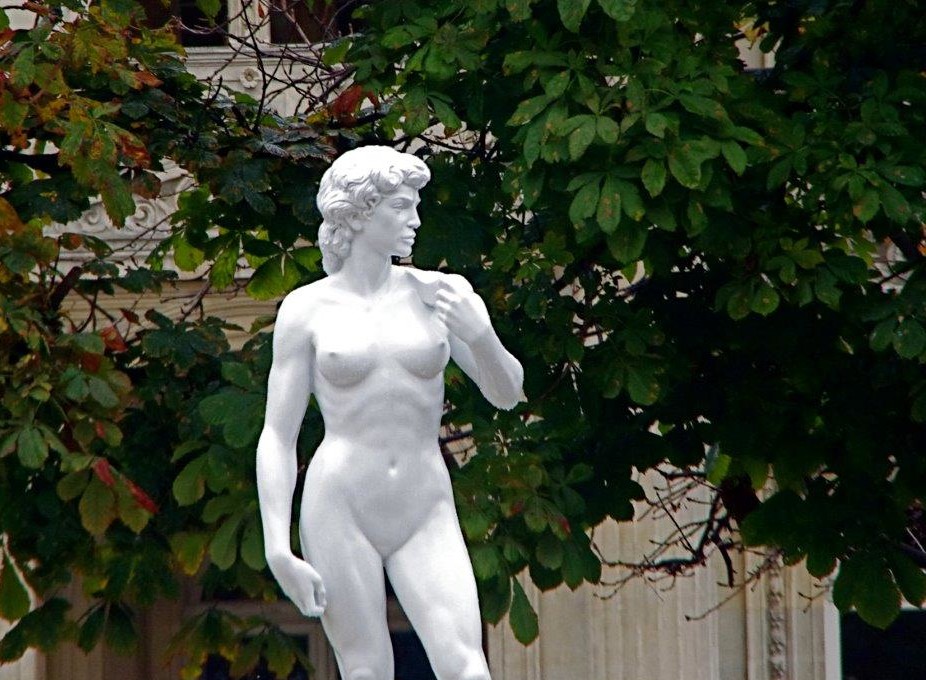 WEST HOLLYWOOD—On September 9, a statue by the Italian pop artist Mauro Perucchetti will be installed in West Hollywood Park.

The statue is called “Michelangelo 2020: A Tribute to Women”. It references Michelangelo’s David statue, but instead of celebrating the body of a man, Perucchetti celebrates the female form, showing a woman standing in David’s iconic pose. The piece to be installed in West Hollywood Park was displayed in Paris, near Le Louvre, in 2012. It is actually a fiberglass replica of a marble statue that Perucchetti created in 2011.

West Hollywood Park is already home to one of Perucchetti’s other works, another fiberglass statue entitled “Modern Heroes.” It shows superheroes Batman and Superman posing in a way that reminds the viewer of Michaelangelo’s “The Creation of Adam”, one of the most famous parts of the Sistene Chapel’s ceiling. According to a press release, “Modern Heroes” is reflective of the artist’s support of marriage equality.

According to the artist’s website, Perucchetti’s art “takes a critical yet light-hearted approach, relying on symbols to create meaning.” His works, usually three dimensional and made of pigmented resin, are known for making statements on political and social issues.

The two statues were placed in the park as part of the City of West Hollywood’s “Art on the Outside” program, a series of temporary outdoor art exhibits arranged by the city’s Art and Cultural Affairs Commission.  “Modern Heroes” in particular was installed as part of West Hollywood’s annual One City One Pride LGBTQ Arts Festival, which ran from May to June this year.

West Hollywood Park will host a reception to celebrate the installation of the piece on September 10 at 5:30 p.m.; the park is located at 647 N. San Vicente Blvd. Following the reception, art enthusiasts can attend the opening of Perucchetti’s new art show, “Pop Fiction,” at the nearby De Re Gallery. “Pop Fiction” will feature a variety of Perucchetti’s works, which aim to be thought-provoking while remaining aesthetically pleasing. The show opening will go from 7-10 PM. To RSVP, email PopFictionRSVP@janeowenpr.com.

Bad Dreams Are A Trigger Of What?

Which Tools Can Help Grow Your Business On Social Media?