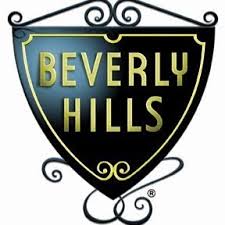 BEVERLY HILLS — The City Council passed a motion to approve a Mills Act contract for the Wallis Annenberg Center on December 5. It is the second to be awarded after the Saban Theater received its contact in September.

The Mills Act was established in 1972 as a way to preserve sites of historical significance throughout the state. In exchange for lower property taxes, the current owners of the historical site must agree to properly preserve and rehabilitate the site while agreeing to inspections to ensure proper compliance of the rules are taking place to occur every five years.

To qualify for a Mills Act contract, the site must be of some historical or architectural significance and must be placed on any city, county, state or federal register for historically significant sites. The contract itself is renewed each year, as long as both the owner of the site and the legislative body that awarded the contract decide not to renew the contract. The period of time that the contract lasts is 10 years.

The motion to award the contract was passed unanimously by the City Council. One issue that was raised was that of compensation to the school district for possible loss of revenue from the decreased tax revenue. Though Councilman William W. Brien and Vice Mayor Lili Bosse did have concerns as to whether or not it would be problematic to expect compensation from similar projects, it was agreed that the reimbursement to the school district was a positive step forward, though no concrete number for that compensation was established.

The Wallis Annenberg Center opened in October after extensive renovations brought on by grants by the Annenberg Foundation and others. The Beverly Hills Post Office was added to city’s local register of historical properties in January on recommendation by the Cultural Heritage Commission.