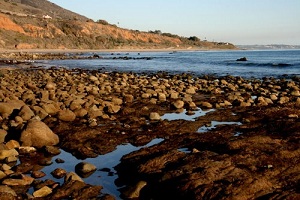 MALIBU—On December 5, a 15-year-old boy who had been reported missing from Malibu has been found safe, according to Lt. Scott Chew, of the Malibu/Lost Hills Sheriff’s Station.

The Hacienda Heights teen had been camping with his father in Leo Carrillo State Park on December 4, when he took a flashlight to go on a solo hike at about 9 p.m. When the youth’s father awoke the following morning at about 6:30, he saw that his son had not returned.

At about 10:30 a.m. a man was approached by the teen hiker in a parking lot of Malibu’s Nicholas Beach.  The lost boy told the man about his situation and asked to borrow his cell phone to contact his father.  Before allowing the youth to use his phone, the man called the Malibu/Lost Hills Sheriff’s Station and reported that the missing teen had been found.  Arriving deputies then confirmed the boy’s identity.  Though found with scrapes and bruises after having spent a Saturday night alone, and with temperatures reported to be in the high 40s and low 50s, the youngster was otherwise found without serious injuries.  He and his father were later happily reunited.

In a press release, Lt. Scott Chew stated: “A large number of rescuers have been gearing up all morning for this search and we are all relieved that he [the located teen] is safe. An important thing to add is that [it’s] very dark out here at night.  Night hikes are unsafe in a group or alone, with or without proper supplies.”