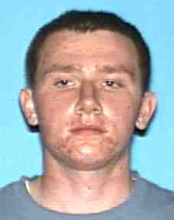 LOS ANGELES/SANTA MONICA—The Los Angeles Police Department is trying to locate a missing 18-year-old, IIya Martynov.  On February 24, at 4 p.m.,  IIya Martyov was last seen by his family near the 3200 block of Oakhurst Street in West Los Angeles.

According to authorities, Martynov has not been in touch with his family for many days and has missed quite a bit of school, which is reportedly uncharacteristic of Martynov’s personality.  Police have requested the public’s assistance in locating young Martynov.

The description provided police profiles Martynov as a white male of Russian descent with blond hair and gray eyes. He is 6 feet, 1 inch tall and weighs 175 pounds.  “He was last seen wearing a black jacket and black shoes.  He has a small birthmark on his right hand and another birthmark on left cheek,” police report.

Martynov is also known to frequent areas adjacent to the Cedar-Sinai Medical Center as well as Santa Monica College.

Anyone with information on the whereabouts of Martynov is asked to call LAPD Missing Persons Unit Detective Ciuffetelli at 213-996-1800. During non-business hours or on weekends, calls should be directed to 1-877-LAPD-24-7. Anyone wishing to remain anonymous should call Crimestoppers at 1-800-222-TIPS (800-222-8477). Tipsters may also contact Crimestoppers by texting to phone number 274637 (C-R-I-M-E-S on most keypads) with a cell phone.  All text messages should begin with the letters “LAPD.”  Tipsters may also go to LAPDOnline.org, click on “webtips” and follow the prompts.