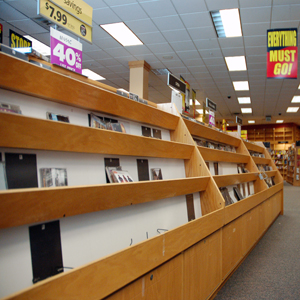 The Hollywood Borders store, as well as the other 25 on the list, is expected to close by late May. The updated store closing list also includes California locations in San Rafael, Bakersfield and Pleasant Hill.

Locations already on the California closing list are stores in Sherman Oaks, Valencia, Pasadena and Century City. These locations are due to close in late April.

In a press release issued by Borders Group, the company expressed the reason for the store closings stem from the economic situation in the country, cost structures and viability of locations.

On February 16, Borders Group filed for reorganization relief under Chapter 11, according to the Borders website.

According to the statement, Borders Group will continue to honor Borders Rewards, gift cards as well as regular employee benefits as Borders continues to reorganize itself.

Customers in these areas are asked to locate another Borders in their vicinity or to visit their online selections.