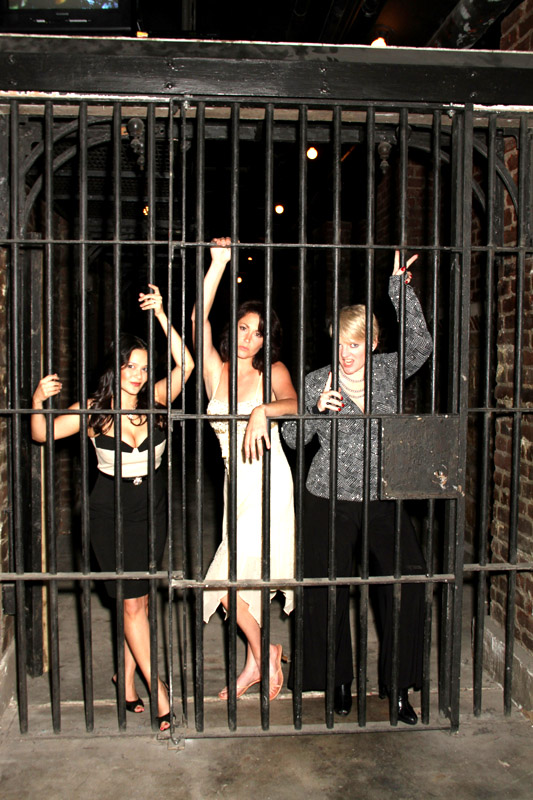 HOLLYWOOD —It was an abundance of family, friends, fashion and philanthropy as celebrated TV and movie Moms Florence Henderson (“The Brady Bunch”), Ilene Graff (“Mr. Belvedere”), Kim Rhodes (“The Suite Life of Zach & Cody”), Nancy Dussault (“Too Close for Comfort”) and Dee Wallace (“ET: Extra-Terrestrial”) as well as other industry elite gathered for a pre-Mother’s Day celebration at the Hollywood Museum for a special evening featuring the world famous Hollywood Graffiti Gown by Randy McLaughlin and Jerry Skeels of JERAN Design.

The Hollywood Graffiti Gown contains over 350 names of the most influential females including Bette Davis, Carol Channing, Dame Elizabeth Taylor, Dakota Fanning, Halle Berry, Sharon Stone, Cate Blanchett, Whoopi Goldberg, Mother Teresa, as well as the cast of Desperate Housewives among others. Currently the gown is being displayed at the Hollywood Museum (formerly the Max Factor Building at Highland Avenue & Hollywood Boulevard), in a specially designed glass case so guests can view it in its entirety, until November 28, where upon Heritage Auction House will auction it off.

The creation of the Graffiti Gown was a vision of both Randy McLaughlin and his partner, Jerry Skeels (1937-2007), to raise AIDS awareness and to be auctioned with 100 percent of its proceeds to benefit AIDS causes. JERAN Design was a leader in fashion design in the ’80s and ’90s, having designed for motion pictures, stage and hit TV shows such as “The Bold and the Beautiful,” “The Young and the Restless,” “Star Search” and 22 years with “The Price Is Right.” Both Skeels and McLaughlin have been EMMYÂ® nominated for best design and are recipients of the United Nations International Spirit Award.

Accessorizing the gown are specially designed five-carat diamond and topaz earrings by Michael John Image Jewelry (imagejewelryinc.com). The earrings are set in black and white gold to accent the black and silver gown and will be auctioned off as part of the ensemble.

During the scones and tea reception, the ladies amused themselves by trying on an array of beautiful diamond jewelry pieces supplied by Michael John Image. Harpist Dr. Vanessa Sheldon provided music along with strolling master magicians, Paul Green and Howard Jay, provided by the world famous Magic Castle also added to the festive atmosphere.

The Charities benefitting from the sales of the Graffiti gown include AID for AIDS (aidforaids.org/), Project Concern (projectconcern.org/site/PageServer), Academy of Friends San Francisco (academyoffriends.org/) and AIDS Project Los Angeles (apla.org/about/about.html).

The Hollywood Museum (thehollywoodmuseum.com), is the official museum of Hollywood and boasts 35,000 square feet, four floors of breathtaking exhibits and the home of more than 10,000 REAL Showbiz Treasures housed in the world famous historic Max Factor Building, where Max Factor, wizard of movie make-up worked his magic on motion picture stars since 1935. The lobby has been restored to its original grandeur.