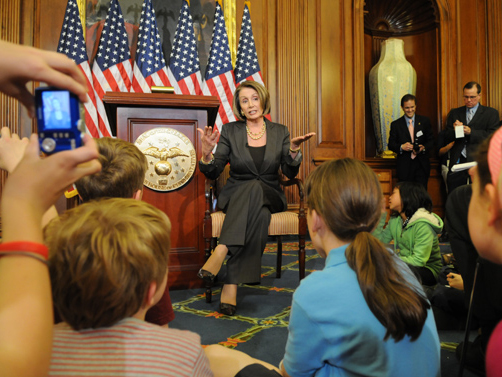 WASHINGTON D.C.—As much as things seem to change in the nation’s capitol, the more they seem to remain the same. In 2008, the Republican Party complained that they were leery and concerned about the funding of Barack Obama’s candidacy for the White House. They feared his money came from foreign sources and U.S. business leaders who had an agenda all of their own for our nation. However, two years ago, George Walker Bush was an unpopular president and the American public swallowed any doubt and their fears in order to make change happen in Washington D.C., and they wrongly believed it would happen under this current Administration.

Weeks from mid-term elections for virtually every Congressional and even some Senatorial seats throughout the nation, it’s the president himself and his drowning party that are complaining that almost $46 million has been used from secret donors to upset the election and to put power back into the hands of Republicans in both the House of Representatives and the Senate. Perhaps after this election is over, the public that seems shrouded in fear of this president will see that it is actually fear that both parties pander to and use to gain power over the other party. The Republicans use religious, social and ethnic fears to rally their base, while the Democrats use the threat that Republicans want to take social security from the poor and elderly and start new wars to stay in power. Both sides are wrong, and instead of debating issues, they both plant fear in the minds of people less knowledgeable and biased.

Do we trust Karl Rove anymore than we do Rahm Emanuel? It seems simply common sense that it’s actually all relative. It depends what side of the political aisle we are on, that we tend to tolerate what should be considered intolerable. During the first six years of the George W. Bush Administration, Republicans forgot their basic core values for fiscal restraint and went on a spending spree, even creating at the time, the largest and most expensive Medicare entitlement in the nation’s history. Of course, Democratic President Obama and his party of egocentrics ignored the pleas of Americans who begged them to not create this disastrous and expensive healthcare entitlement. Now the Democrats are about to receive the same admonition from voters as the party of Reagan did just a couple election terms before.

Maybe the Republicans, who the American people also distrust and don’t respect very much, will this time take their power seriously and listen to the American people and reign in fiscal spending. That’s truly the key to what will soon be called the Democrats being run out of Washington D.C. in a few weeks. The American people will speak loud and clear. They want government to do the basics and stop offering expensive entitlements that are on the face of them, very beneficial, but in reality a crisis that needs to be dealt with. When the Republicans gain power in November, they will, however, have to stop the demonizing with race and Islamic-hysteria, and deal with this president in making tough choices and cutting the deficit and to curtail government spending, or they will find themselves yet again, out of power.

Please remember our brave troops who fight daily in Afghanistan and Iraq for our safety and security. May they come home soon and in victory.