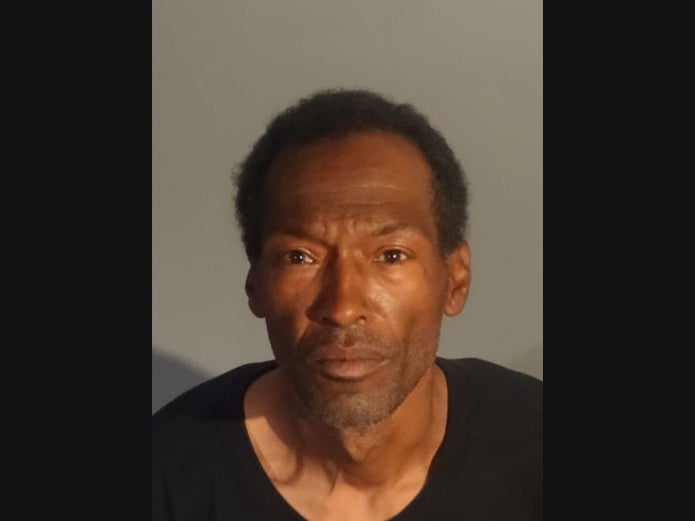 SANTA MONICA—The Santa Monica Police Department announced that Simco Warmsley Morris, Jr., 52, a convicted murder parolee was arrested on suspicion, domestic violence, and assault, for attacking his girlfriend, who is bound to a wheelchair.

Simco is currently being held at the Men’s Central Jail in downtown Los Angeles. The defendant’s bail was set at $160,000.

According to Lt. Rudy Flores of the SMPD, on March 11 at 7:32 a.m. a friend of Simco’s girlfriend told authorities she was being held against her will in the 1400 block of Lincoln Boulevard.

The person reporting the incident told the Santa Monica’s Office of Emergency Management caller that her friend contacted her via text message and requested  police help her because she was being verbally and physically assaulted by her boyfriend, and he was threatening to kill her.

The SWAT Team and the Santa Monica Police Department Crisis Negotiations Team were dispatched to the location and after several verbal attempts, they were unable to get a response from the suspect or the victim. Upon further investigation, officers were notified that Morris was on parole for murder.

Concerned for the victim’s safety, officers entered the residence and made contact with the suspect and the victim without incident.

The victim indicated she was repeatedly attacked by Simco during the night. She was transported to a local hospital to assess her injuries. Simco Morris was charged with felony domestic violence and one count of assault with a deadly weapon.

Victims experiencing domestic violence or who know someone who is being victimized are encouraged to contact local law enforcement or Santa Monica’s Domestic Violence Shelter hotline at 310-264-6644.