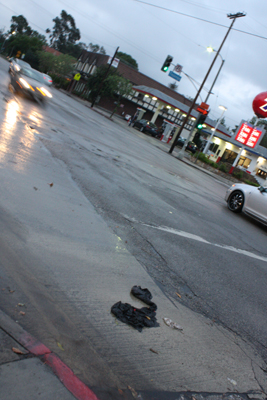 STUDIO CITY—A narcotics-related incident was mistaken for a kidnapping attempt on Friday, October 15. Canyon News interviewed Richard French, a spokesman from the Media Relations Section of the Los Angeles Police Department. According to French, the incident started from the North Hollywood/Studio City area and continued into Glendale.

The incident began at around 4 p.m. near Toluca Lake when witnesses called police and previously reported what “looked like a kidnapping” of a woman by a male and female suspect.

The police responded to the call and then a car pursuit began, ending in Glendale. “The incident was not what it appeared to be or what people thought it initially was,” said French. The three suspects were arguing over narcotics, and no one was kidnapped.

Police made several arrests, but the suspects’ names were not released. No one was injured.