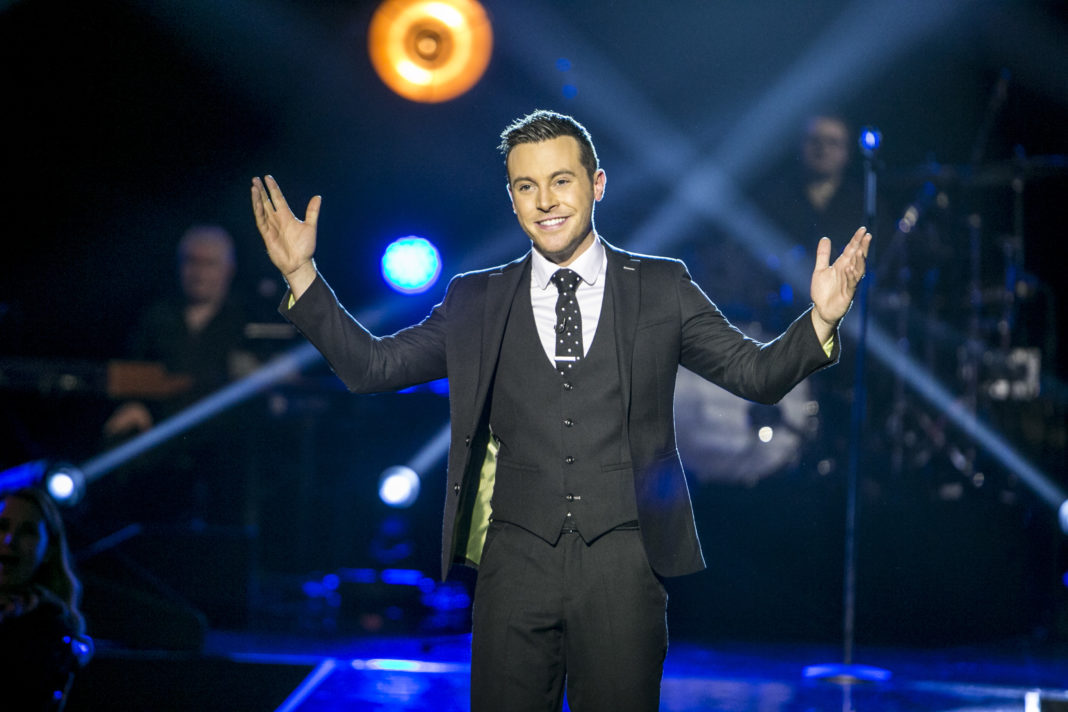 LOS ANGELES—There must be something in the water in Liverpool, England!

Irish-Country-Pop crossover singer/songwriter and performing sensation Nathan Carter is taking the world of music by storm. His repertoire includes seven studio albums, one of which went four times platinum in Ireland, a PBS special in the US, chart-topping albums and singles, his own limited-episode self-titled television show, and a bestselling autobiography that released late last year. At just twenty-eight years old, he’s already a music veteran and household name in Ireland, and is now in the midst of his most recent world tour, his fourth overall in the States alone. He’ll be making a stop in LA at the Wilshire Ebell Theatre on May 22nd and you won’t want to miss this high-energy, boot-stomping, fun night out.

Born to Irish parents and raised in Liverpool, England with those strong Irish roots, Carter began his love affair with music early on. “I started at a very young age. I got my first accordion when I was four years old, and my granddad taught me my first ever tune, which would have been Danny Boy, and I never looked back. Still playing the accordion today,” he says. “It’s a great thing to be involved with growing up. It’s a great passion and my life kind of revolves around it, so I’m very lucky to have music.”

When he was just twelve years old, he won All Ireland medals for both accordion and singing, and went on to also become an accomplished guitar and piano player as well.

He comes by his love of country music honestly, having been exposed to the talents of Johnny Cash, Waylon Jennings, Don Williams, and Dolly Parton by his parents and grandmother (Nan) as a child. He later went on to discover the new generation of country in Garth Brooks, Vince Gill, Shania Twain, and Brad Paisley on his own.

Inspired by these artists, and equipped with his accordion and guitar, he began performing country music sets for the pub scene across Liverpool, London, Birmingham, and Ireland, as a teenager, chauffeured to each gig by his Nan. “I don’t think there’s been many weekends in the last ten years that I haven’t had a gig somewhere. It’s the tour that never ends.”

Carter’s Nan has remained an integral part of his tours as well, driving to shows all over Ireland and the UK as his merch manager. She refers to herself as the oldest roadie going. 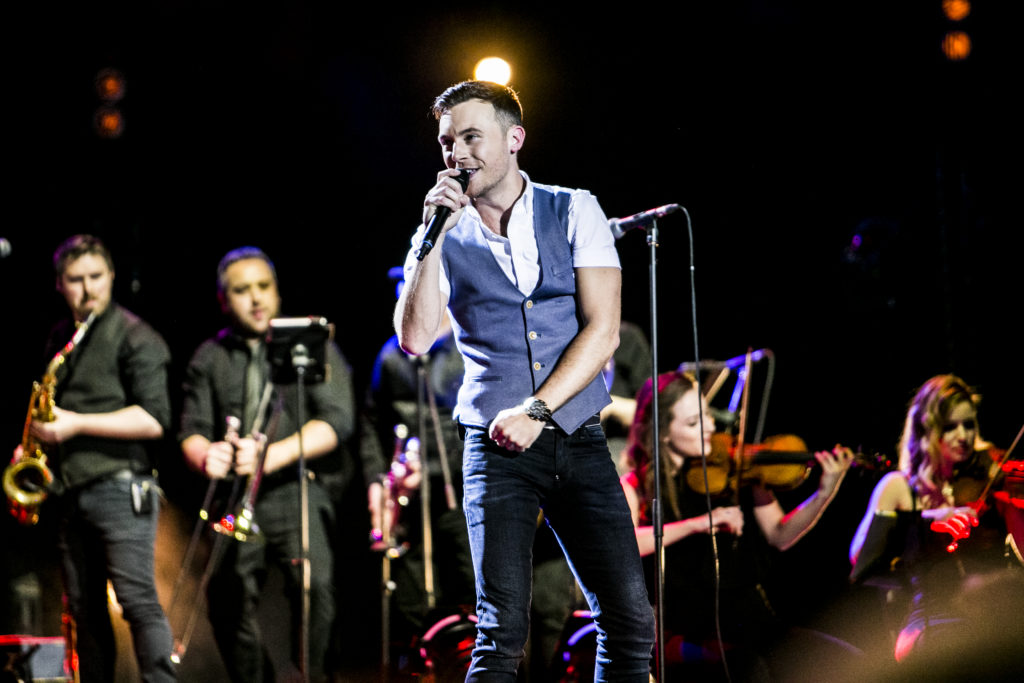 With Irish music in his blood and country music in his heart, Carter worked on developing his own unique music style, mixing the genres to create what has become known as Celtic Country. His 2012 version of Bob Dylan’s “Wagon Wheel”, released on his Wagon Wheel album, became his breakout hit. It made the Irish charts, where it stayed for 77 weeks, and ultimately earned him a Gold Disc (100,000 sold, UK).

Outselling other internationally acclaimed artists, he was the second country act to reach number one in the Irish charts in 2013, after Garth Brooks six years before. He’s touted as the face of the huge country music revival currently underway in Ireland, and has been hailed as the catalyst for the dance craze that has taken the country along with it. The BBC’s The One Show even made a special documentary about Carter and the craze he inspired.

National TV station RTÉ gave him his own special in 2015, The Nathan Carter Show, which did so well, they’ve made it an annual event. He was also named 2016 winner of the same station’s Irish Country Music Awards for “Live Act of the Year”, and “All Time Favorite Country Song” for Wagon Wheel.

Along with a tour late last year that was a huge success, his autobiography, Born for the Road, hit shelves in September 2018, and made the bestseller list.

And 2019 is shaping up to be another great year for Carter and his band. They’ll kick off with a European tour, followed by an Alaskan cruise tour, a U.S. tour, and finish the year off with the remainder of their tour in the UK. Performing along with them will be former original member of Celtic Woman, Chloë Agnew, who will bring her stunning vocals to the shows.

While he enjoys enormous chart success in Europe, his first love is performing live, and Nathan Carter shows are something really special. With a superb live sound, stage set, and light show, he is renowned for going that extra mile to make his concert an unforgettable experience.

“I love coming to the States, it’s always great fun. It’s a lot of traveling, of course. America is so big compared to this small island of Ireland, but we love it… I love what I do and I’m very lucky to be able to get to see all these new places. I meet so many lovely people on the road.”

Los Angeles’ historic Wilshire Ebell Theatre is on the docket as part of his US tour in May. “It’s a really beautiful theatre,” he says of the venue. “There isn’t a bad seat in the house and it’s a great place (to perform)… I like to think our tour is a really energetic, lively show that everybody will like. We do a good bit of Irish music in it. I play a few tunes on the accordion, Chloe sings a good few ballads, and, you know, it’s a great show, I really do think it is. I really think people will enjoy it if they come along.”

Nathan Carter’s Celtic Country Show will play the Wilshire Ebell Theatre in Los Angeles on May 22nd 2019. For more information about Nathan Carter and his band, you can visit nathancarter.ca. For tickets, visit ticketmaster.com.