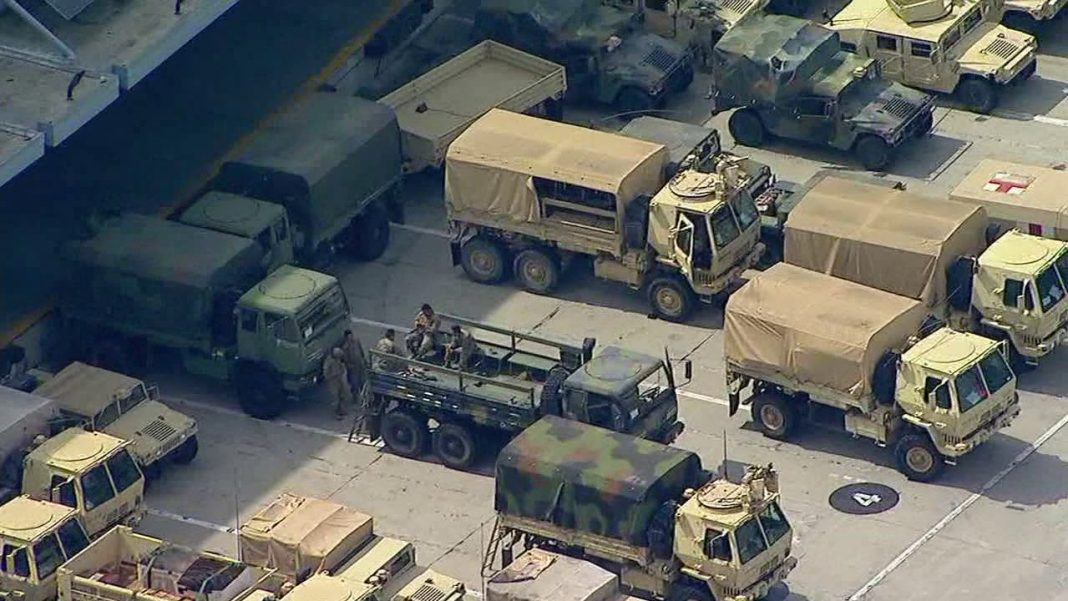 LOS ANGELES — In response to the violence stemming from looting and riots, Los Angeles Mayor Eric Garcetti and Governor Gavin Newsom have called upon the Armed California National Guard for help. National Guard troops arrived early Sunday morning on May 31 after multiple nights of violent rioting.

In the wake of the death of George Floyd by a Minneapolis police officer, some of the legal protests have turned extremely violent. The outbursts have led to looting, vandalism, fires, and multiple arrests in Los Angeles County. Garcetti had already declared a state of emergency in Los Angeles.

“This is no longer protest,” Garcetti told KABC. “This is vandalism, and everybody’s in danger.” Garcetti described the looters and vandals as people who are “looking to exploit the cause of justice.”

There are currently 9,000 officers in the city of Los Angeles that houses 4 million people. Garcetti announced in his broadcast that the LAPD needed support, and it was time to call upon the National Guard. Throughout the day, troops have been seen patrolling all over Los Angeles today, and are now stationed at the LA Convention Center.