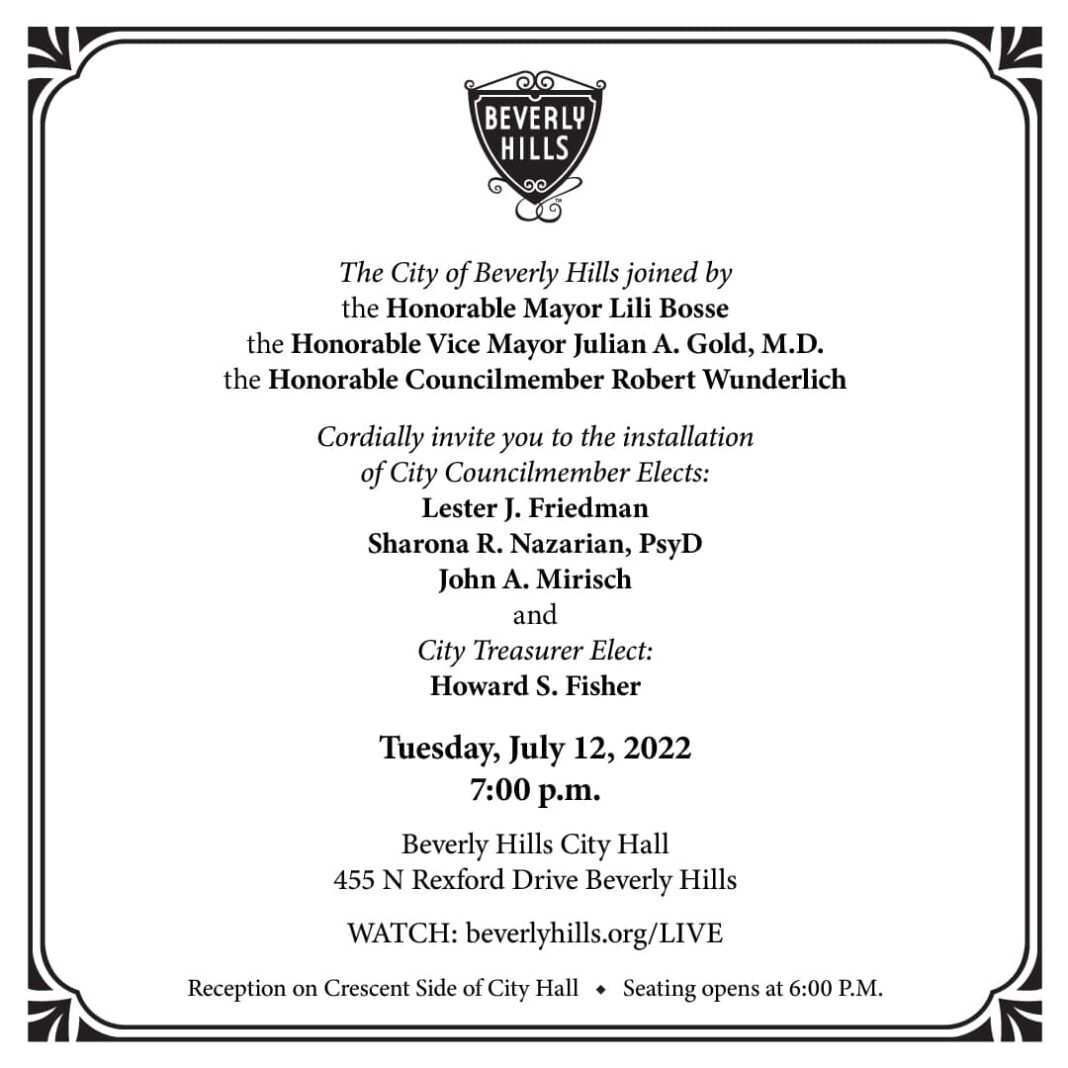 BEVERLY HILLS—The three new members for the Beverly Hills City Council will be installed during a ceremony on Tuesday, July 12. During the June 7 election, Lester Friedman led all candidates winning 3,571 votes. Coming second place was Sharona R. Nazarian, PsyD with 3,565 votes. In third place was John A. Mirisch with, 2,634. Robert (Bob) Wunderlich who was previously elected to the Beverly Hills City Council landed in fourth place with 2,560 votes.

Current members on the City Council include Mayor Lili Bosse and Vice Mayor Julian A. Gold. Mirisch and Friedman will maintain their seats, while Wunderlich will be replaced with Nazarian. Residents also voted for a new City Treasurer during the election with Howard S. Fischer earning 4,100 votes over his competitors. Jake Manaster came in second place with 1,878 votes and coming in last place was Gabrielle Pantera-Rowe with 619 votes.

Voters also approved Ballot Measure (TL) which will limit term limits for City elected officials. The ballot measure was approved with more than 6,405 votes in favor of term limits compared to 1,453 who voted against the measure.