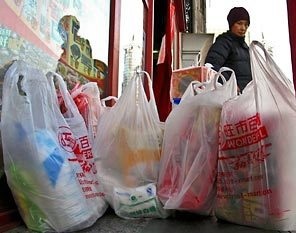 MALIBU—On Wednesday, June 2, The California Assembly passed Bill AB 1998 with hopes of seeing a decrease in the risk of endangering oceanic wildlife by banning all “single-use” plastic bags being distributed by large retailers.

All major grocery, convenience, drug and liquor stores are included in the newly passed bill, and according to its specifics, each store operator will be required to establish an “at-store recycling program” that will provide customers the open opportunity to return any “clean plastic carryout bags” for store re-use. If proven otherwise, any violation of this enforcement will be considered a crime by the State of California and disciplinary actions will be executed.

Besides the allocation of reusable bags, the other alternative that is described in the bill is to provide customers with the option of paper carryout bags; however, this would require a “green bag fee” that is set to be enforced as well when the bill is fully implemented. The fee will consist of no less than 25 cents for each paper carryout upon all sales and will go towards establishing the “Paper Bag Pollution Cleanup Fund” in the California State Treasury.

Statistically speaking, about $25 million dollars is spent by California families every year towards “hidden litter clean-up costs,” and the only way to reduce the amount of spending is to cut back on plastic bag distribution, according to the specifics of AB 1998.

As for wildlife, the use of plastic bags have been recorded as injuring or even killing at least 300 individual species worldwide rather it be through entanglement or ingestion.

Passionate environmental groups have been trying to underline the importance of pollution for years and as of now, California will epically be the first state in the nation to adopt such a bill with hopes of keeping its litter wastes to a minimum.

The bill was first introduced by Assemblywoman Julia Brownley earlier this year on February 17; however, it won’t begin to take effect until early 2011 since its recent legislative passing.