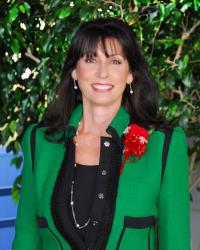 In his opening remarks, the new mayor stated, “Reasonable people can disagree reasonably”¦collegiality means a lot.”

Mayor Sibert, who has served on the council since 2008, touched base on issues he believes are important to the city such as the development of a Master plan for Pacific Coast Highway safety, water and waste water issues as well as the need for more activities for Malibu’s teens.

“There are clouds on the horizon”¦it’s important to recognize that while we may be doing well with almost 50 percent of our general fund budget in a reserve account currently, that’s one disaster away from bankruptcy. I am going to continue to work as hard as I can on this,” said Mayor Sibert when addressing the city’s budget problems. “It’s important to recognize that you cannot solve every problem by charging it head on.”

Sibert and Rosenthal will hold their positions until the next Council Reorganization, which will take place on November 14.

“The Invisible Man” Is A Ton Of Fun