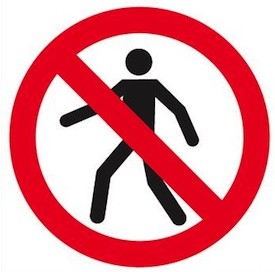 The Santa Monica Police Department (SMPD) introduced an online option that Santa Monica business owners and residents can use when fulfilling the written consent requirement of trespass arrest authorizations.

Instead of having to mail the SMPD a written and signed document, property owners or agents can now fill out a simple form at www.santamonicapd.org/trespass and be able to grant police officers the authority to arrest trespassers on their property.

The written authorization requirement from a property owner or agent “can sometimes be problematic for abandoned buildings, or businesses that are closed in the evening for which the owner or agent is not on site,” Sergeant Moroso stated in the SMPD press release. In such an event, there is no resident or business owner present at the time to formally request that police remove the unwanted person from their property.

To resolve this problem, property owners or agents can send the SMPD trespass arrest authorizations, which grant police general permission to arrest trespassers when the property owner or agent is not present on the premises and therefore unable to notify police of the intrusion. The trespass arrest authorization allows, “any peace officer of the Santa Monica Police Department to request any unauthorized person to leave the property at any time the property is not open to the general public, and to arrest any person who refuses or fails to do so,” the online form states.

The trespass arrest authorization, in accordance with Penal Code section 602(o), does not apply to lawful labor union activities or persons given permission by a resident or management to be on the premises. If the property owner or agent is present when the transgression occurs, it is still the property owner or agent’s responsibility to call and make the request to the SMPD to place the arrest.

“Can The Trash” Poster Contest Opens

COVID Is The Enemy, Here’s How To Fight Back