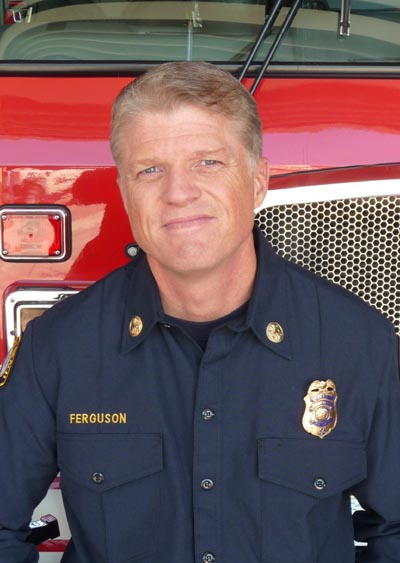 SANTA MONICA—Chief Scott Ferguson has become the new Fire Chief of Santa Monica as of Monday, February 22. City Manager Rod Gould announced the appointment, and he states in the City of Santa Monica press release, “Chief Scott Ferguson is a fast rising star in the fire profession. His references and all who interviewed him are most impressed with his skill, energy, leadership and integrity. His passion is training to ensure a solid foundation in fire tactics while employing innovation, collaboration and accountability in the departments he has managed. Scott will be the right person to lead the department.”

His experience as fire chief included one currently in Manhattan Beach and previously he was a chief officer of growing agencies such as Peoria, Arizona, Vancouver and Washington. He has accomplished a strategic plan for the department in Manhattan Beach, refining professional development for its members and forging relationships with regional stakeholders in emergency response and preparedness.

Ferguson will be introduced with his wife in a council meeting by Gould on March 9. He released the following statement: “The experience I’ve gained throughout my career has prepared me for this new challenge. The Santa Monica Fire Department serves a dream community. I look forward to developing lasting partnerships to build on the strong foundation laid by Chief Hone so that together we can hold the community’s pride and resources well in hand.”

He also has a Master’s degree in Management from Wayland Baptist University in Phoenix, Arizona. He has two children, Jordon, 24 and Brooklyn, 21, with his wife Maria.

His appointment was followed by a numerous national recruitment of more than 67 candidates and interviews with 20 finalists from the past month.

Ferguson succeeds Jim Hon, who has retired this month.

Among the fire chief’s many accomplishments, Battalion Chief Ken Shuck mentions to Canyon News that Ferguson was a leader most of all because of Ferguson’s unwavering service to his department in Manhattan Beach. Scott Ferguson had put all his efforts into bringing the communities of fire departments all together because even if there is a shortage of firefighters just from Manhattan Beach, nearby fire departments from different areas have helped and accommodated. Shuck also states that it is Ferguson’s people skills that make him successful and that they will “be sorry to see him go,” but knows that Santa Monica will be happy to have him.