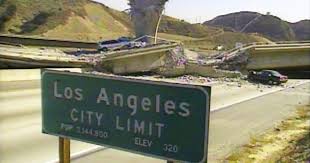 LOS ANGELES—A study released by the U.S. Geological Survey on Thursday, March 2, indicated that the city of Los Angeles is due for a major earthquake.  The study indicates that  the southern  San Andreas Fault, which is about 35 miles from Los Angeles, averages a major earthquake every 100 years. The study was published in the Journal of Geophysical Research.

According to the Los Angeles Times, the last time the fault caused an earthquake was in 1857, over 150 years ago. The plates on both sides of the fault have been pushing against at a rate of one inch per year, creating seismic energy that will eventually be released in an earthquake.

“So you expect that amount of accumulation of energy will be released in the future in a large-magnitude rupture, somewhere along the San Andreas,” said the lead author of the study, USGS research geologist Kate Scharer. “Longer gaps (between earthquakes) have happened in the past, but we know they always do culminate in a large earthquake. There’s no getting out of this.”

A simulation by the USGS in 2008 showed that a magnitude 7.8 earthquake along the southern San Andreas Fault would cause about 1,800 deaths, 50,000 injuries and $200 billion in damages.