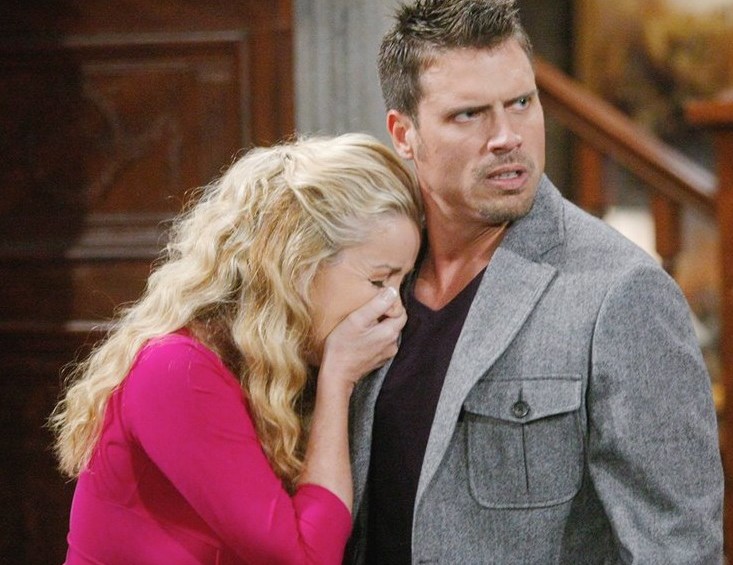 HOLLYWOOD—Soap season has been a busy one this November, as daytime dramas are unveiling some major secrets on to unsuspecting characters. While the audience might be well aware of what may transpire, the fun is watching the secret unfold on the small screen. Last week the secret, that fans have been dying to be unveiled came to a head as Nikki (Melody Thomas Scott) shared with her family that Dylan (Steve Burton) is her son!

Yes, the Newman clan was left reeling from the revelation. I was most surprised by the reaction from her hubby Victor (Eric Braeden) who never seems surprised by secrets, but this is one he never saw coming. Guess Victor isn’t the only person capable of keeping a secret. This was news that was no surprise to Dylan’s former flame Avery (Jessica Collins) who was well aware of Nikki’s secret and forced to keep it to herself.  That’s something that didn’t hold well with Dylan when he discovered his former flame and good friend’s duplicity. Just when the duo appeared to be rekindling their relationship this will definitely put the brakes on things.

To make the situation more complicated is the reaction from Victoria (Amelia Heinle) and Nick (Joshua Morrow).  These two siblings are delivered secret siblings in more ways than one. First, the discovery that Abby was their half sister thanks to Victor and Ashley’s tryst was a stunner; not to mention the revelation that the evil one, Adam (Michael Munhey) is another child Victor kept from his family.

Both siblings have to be wondering if there is another sibling out there they don’t know about. This is distressing news for both Dylan and Nick who are at odds with another; the fact that they are brothers makes the situation more frustrating, as both are vying for the affections of Avery.  So which brother will she choose if either! The bigger issue is Nikki’s assumption that Dylan would welcome his estranged mother with open arms.

To make matters worse, Sharon (Sharon Case) sees this as good news in her quest to get Nick for herself. I hate to say it, but those two are destined to be together; they’ve been through obstacles, but always return to one another. It may not be that simple when the truth comes out about Sharon’s altercation that placed Phyllis (Michelle Stafford) into a comatose state.

Victoria has her own issues on the plate dealing with the loss of Delia, and seeing her husband, Billy (Billy Miller) spin out of control. He is building a relationship with Kelly (Cynthia Watros) who lost her son in a tragic accident. For those “Y&R” fans not in the loop, Miller will soon be OUT at the soap and is being replaced by the brother of Emmy winner Heather Tom, David Tom. I have a feeling that Billy and Kelly will hook-up in the near future, leaving a devastated Vicky to pick up the pieces.

Speaking of Billy, he’s sparked an online chat with Adam is bound to shatter at any moment over his involvement in the hit-and-run that killed Billy’s daughter. When this secret comes out, nothing is going to be able to save Adam from the wrath of the residents of Genoa City, particularly Chelsea (Melissa Claire-Egan) and Chloe (Elizabeth Hendrickson).  And to think the audience thought Victor Newman was complete with his shenanigans, he’s reeled in Kyle Abbott to work at Newman, against the wishes of Jack (Peter Bergmann). Those two gentlemen will be at odds until they are on their death bed; so many people have already become casualties because of their feud, who will be next.  Things are intensifying on “Y&R.” The “Young and Restless” airs weekdays at 12:30 p.m. on CBS.