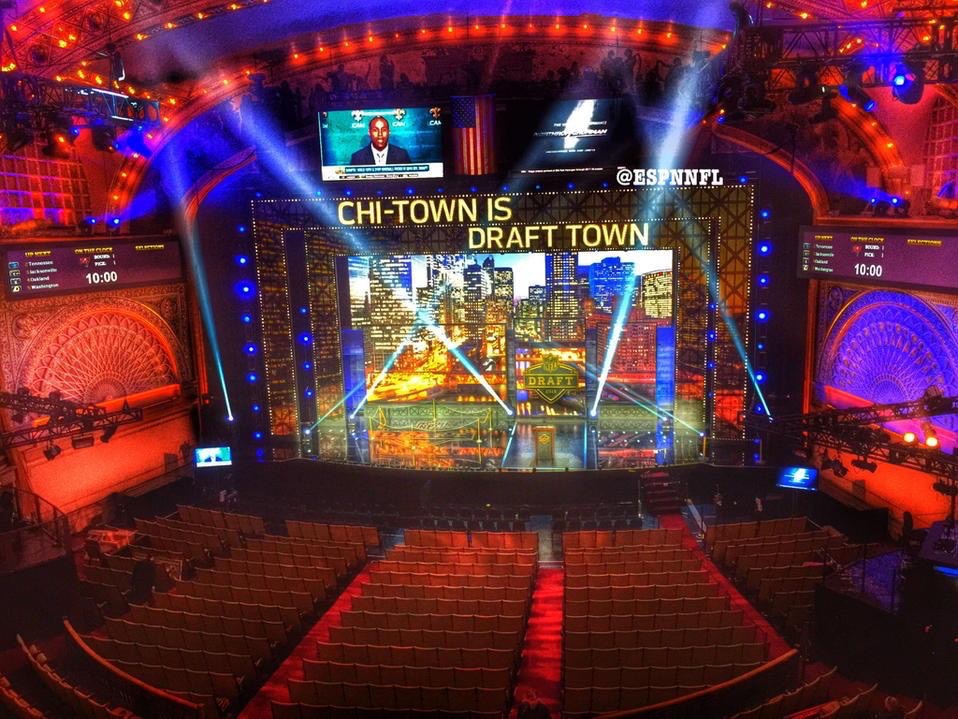 CHICAGO—As flash bulbs popped-off and waves of ultra-talented young men took the stage to don their new colors, the NFL once more reminded America of the spectacle it truly is.

Thursday night’s first round of the NFL draft kicked-off the madness and intrigue that is bound to continue in rounds 2 through 7.

As usual, last night’s opening round brought with it doses of the expected and unexpected.

USC stud defensive-end Leonard Williams, a player many considered the draft’s best, slid all the way to number-six overall, joining a New York Jets defense that all of a sudden looks a shade more than terrifying: unexpected.

Beyond the top-six picks, a few storylines defined the remainder of round one, a round in which we saw several notable players slide and a handful of sleepers get snatched-up before expected.

Ray, who I view as last night’s preeminent steal, was cited for possession of marijuana less than a week before the draft, a violation that allowed him to fall all the way down to the 23rd overall pick, where he was picked-up by a Broncos team that already owns one of football’s most formidable pass-rush tandems in Demarcus Ware and Von Miller.

Gregory, on the other hand, tested positive for marijuana at the NFL scouting combine, a red flag that dropped the demon-quick pass-rusher all the way out of the first round. Don’t expect Gregory’s positive test to keep him on draft boards long into day two, as a handful of pass-rush hungry teams, including the Redskins, Chargers, and Eagles lay waiting in the wings.

Headlining the sleeper category were names such as Nelson Agholar and Shaq Thompson. Agholar, a crafty slot reciever out of Southern California, was taken 20th-overall by the Philadelphia Eagles and mastermind head coach Chip Kelly. Kelly shocked the NFL world by not only taking Agholar higher than most expected, but also by using a first-round pick on a position he had previously appeared to devalue.

The selection of Thompson fell onto even fewer people’s radars. Projected as a second-round pick, the Carolina Panthers took a flier on the two-way Washington star in a move that left most scratching their heads.

Personally, I am a huge fan of the Thompson pick. Though slightly undersized, Thompson possesses the athleticism to become a prototype coverage linebacker, a three-down player that gives defensive coordinators immense flexibility in nickel and pressure packages.

Plus, with Thompson, you get the added bonus of knowing he’s a good enough athlete to excel at two positions at the college level. If nothing else, that background proves that Thompson is a true football player, a throwback athlete with skills and smarts that should translate nicely on Sundays.

Now that the dust has settled, fans can look forward to day two of the draft, which is set to kick-off in just under three hours. Considering last night’s action, we can only speculate as to what storylines will emerge from the wheeling, dealing, reaching, and sliding that will once more ensue.

May madness is upon us, if but for a few fleeting days.