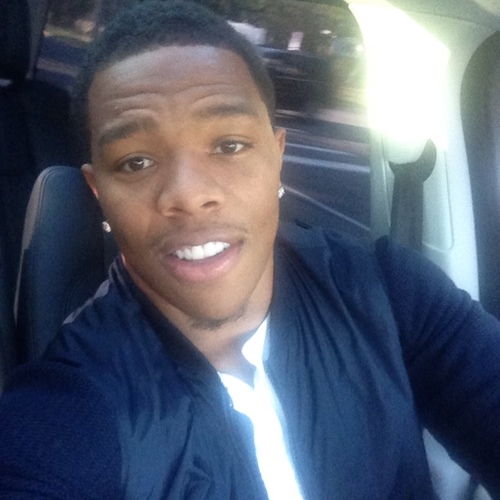 BALTIMORE, MD—NFL superstar and Baltimore Ravens running back Ray Rice, 27, had his contract terminated with the team after disturbing video of the football player beating his girlfriend surfaced.

TMZ Sports unleashed the video on their website, which captures Rice and his then fiancé Janay Palmer at a now defunct casino elevator in Atlantic City,NJ. The video which is graphic in nature shows Rice striking Palmer so hard with his left hand that he knocks her unconscious. The NFL star is then seen kicking his fiancé before dragging her from the elevator.

The incident occurred in February 2014, where Rice received a two-game suspension in July for the domestic violence incident. Both Palmer and Rice were arrested in the incident and Rice pleaded not guilty to a third-degree charge of aggravated assault in May.

NFL Commissioner Roger Goddell announced on Monday, September 8, that new video evidence came available and the league has suspended Rice indefinitely. Ravens Coach John Harbaugh addressed the media during a news conference later in the day. “After seeing the video this morning…we had a meeting and decided to release Ray. I have nothing, but hope and goodwill for Ray and Janay,” said Harbaugh. “It was something we saw for the first time today. It changed things,” added Harbaugh.

The scrutiny the league received for its discipline on domestic abuse issues led to Goddell announcing changes in the league’s policy where a first-time offense would result in a six-game ban and second-time offense players being banned from the league for life. The NFL star had a five-year $50 million contract with the team that he signed back in 2012.