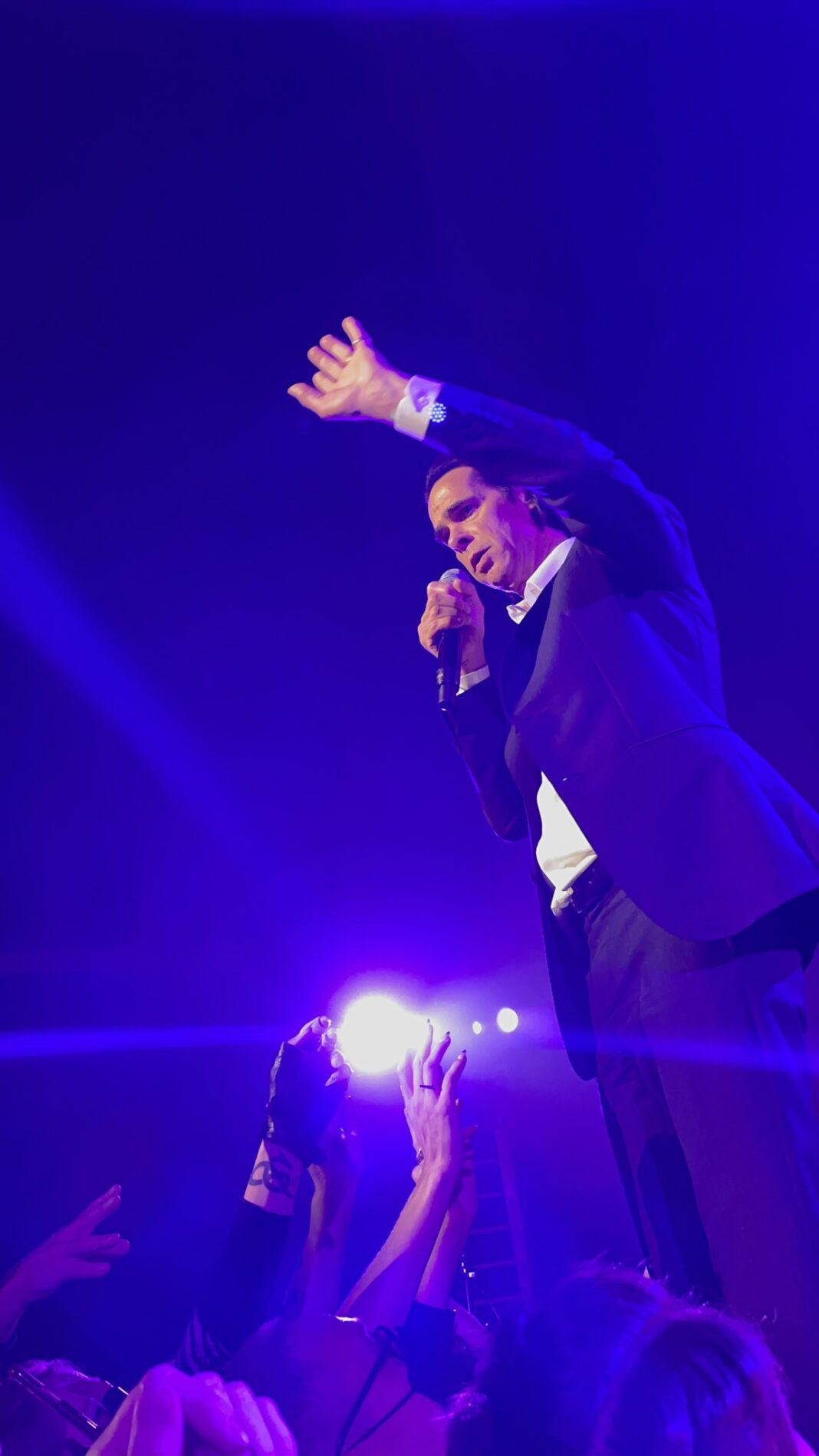 LOS ANGELES—Nick Cave and Warren Ellis were perfectly suited for their brand of dark, somber and cinematic music for their set at the iconic Shrine Auditorium on Wednesday, March 9. Los Angeles being the entertainment capital of the world, native Angelinos and jaded fans always expect surprises waiting in the wings- sure enough Flea, the charismatic bassist of the Red Hot Chili Peppers joined Cave onstage for the second encore for a spellbinding version of, “We No Who U R.”

It was the first time that track has been played live on tour. After the thrilling show, Ellis posted on Instagram, “Flea, beautiful brother. So wonderful to have you on stage tonight in Los Angeles with me and Nick at The Shrine. Can feel the soul pour out of you onstage tonight.”

Caves set was powerful, raw, religiously cathartic while still feeling intimate at the same time. Instantly, the audience were caught in a sort of trance similar to the siren song, the vibe combined with the steampunk smoke captured the atmosphere perfectly.

A true showman, Cave owned the stage wearing a suit with his jet black hair had the audience in a fervor. Whether it was Cave standing on the edge of the stage, as fans reached out their hands for salvation; Cave grasped their fingers, ever the crooning enigma. In addition, the angelic voice of the backup singers made it feel like a spiritual experience.

The public is more familiar with Nick Cave and the Bad Seeds, they are an Australian rock band formed in 1983 by vocalist Nick Cave, multi-instrumentalist Mick Harvey and guitarist-vocalist Blixa Bargeld, violinist and multi-instrumentalist Warren Ellis. Described as “one of the most original and celebrated bands of the post-punk and alternative rock eras in the ’80s and onward.”

Singing a dirge from his pulpit like a binding spell, he weaved himself through the crowd looking gaunt, wiry and nimble. Half Jack Skelington, half Frank Sinatra. Warren Ellis was the perfect counterpart to Cave. He sat on a milk crate, and let his music do the talking for him. Fantastic dichotomy from the duo.

Cave announced an upcoming documentary titled: “This Much I Know To Be True” discussing and analyzing his relationship and the creative process with long time collaborator Warren Ellis. The film, “captures Nick Cave and Warren Ellis’s exceptional creative relationship as they bring to life the songs from albums Ghosteen and Carnage.”

The 21 song setlist pulled heavily from Nick Cave and Ellis’s work together with the bad seeds. On Thursday, March 10 they played at the Orpheum.