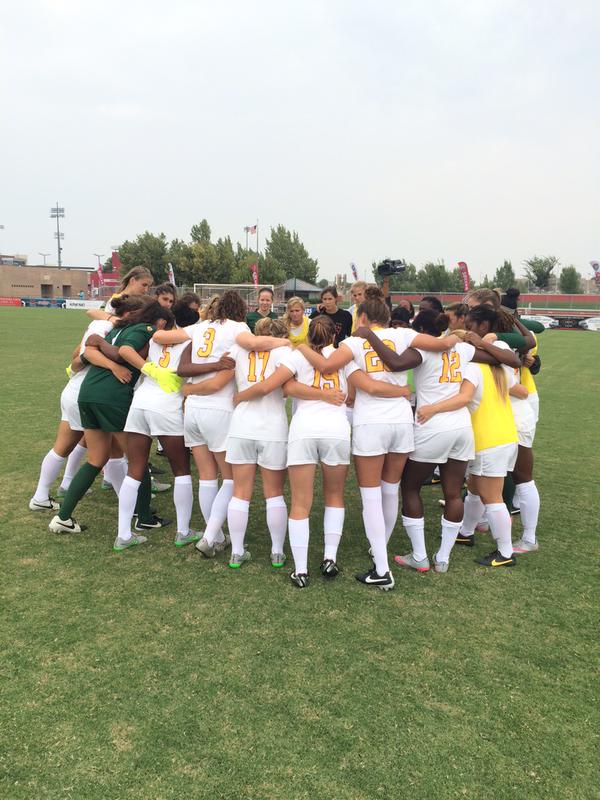 ALBUQUERQUE, N.M.—The No. 23 USC women’s soccer team split a pair of games against some stiff competition at the New Mexico Lobos Tournament to begin their 2015 season.

The Trojans upset No. 15 Texas Tech, 1-0, in the first game of the season, but lost a tough match two days later to preseason No. 1 and reigning National Champions Florida State in the tournament championship game.

USC competed for most of the night with the top-ranked team in the nation, but could not equalize a goal scored in the 83rd minute by Seminoles forward Isabella Schmid.

The Trojans had just two shots on the day to the Seminoles’ nine shots. They also had two corners to FSU’s five.

Despite a hard-fought match, the Trojans fall 1-0 vs. No. 1 Florida State. Quick stat recap below. pic.twitter.com/MpRXAMXO0k

“We had a very good weekend overall,” said USC head coach Keidane McAlpine. “On Friday we were excellent and today we were just average.”

“Florida State is a very well-coached team that you have to play your best against. We learned a lot about ourselves this weekend and will build from this,” he added.

In the Trojans first game of the tournament, true freshman Hailey Hite scored her first collegiate goal—a game winner—in, ironically, the 83rd minute as well, to help USC get their first win of the season.

Junior goalkeeper Sammy Jo Prudhomme, who transferred from Oregon State in 2014, had four saves in her first shutout of the season and first win in the net for the Cardinal and Gold.

Just like McAlpine said, USC out-played the Red Raiders in every aspect of the game. The Trojans outshot Texas Tech 12-6 and had eight more corner kicks en route to the upset.

Hite’s goal came off a cross from junior Kayla Mills that deflected off a Texas Tech defender. She gathered the ball, beat her defender and finished from about 12 yards out.