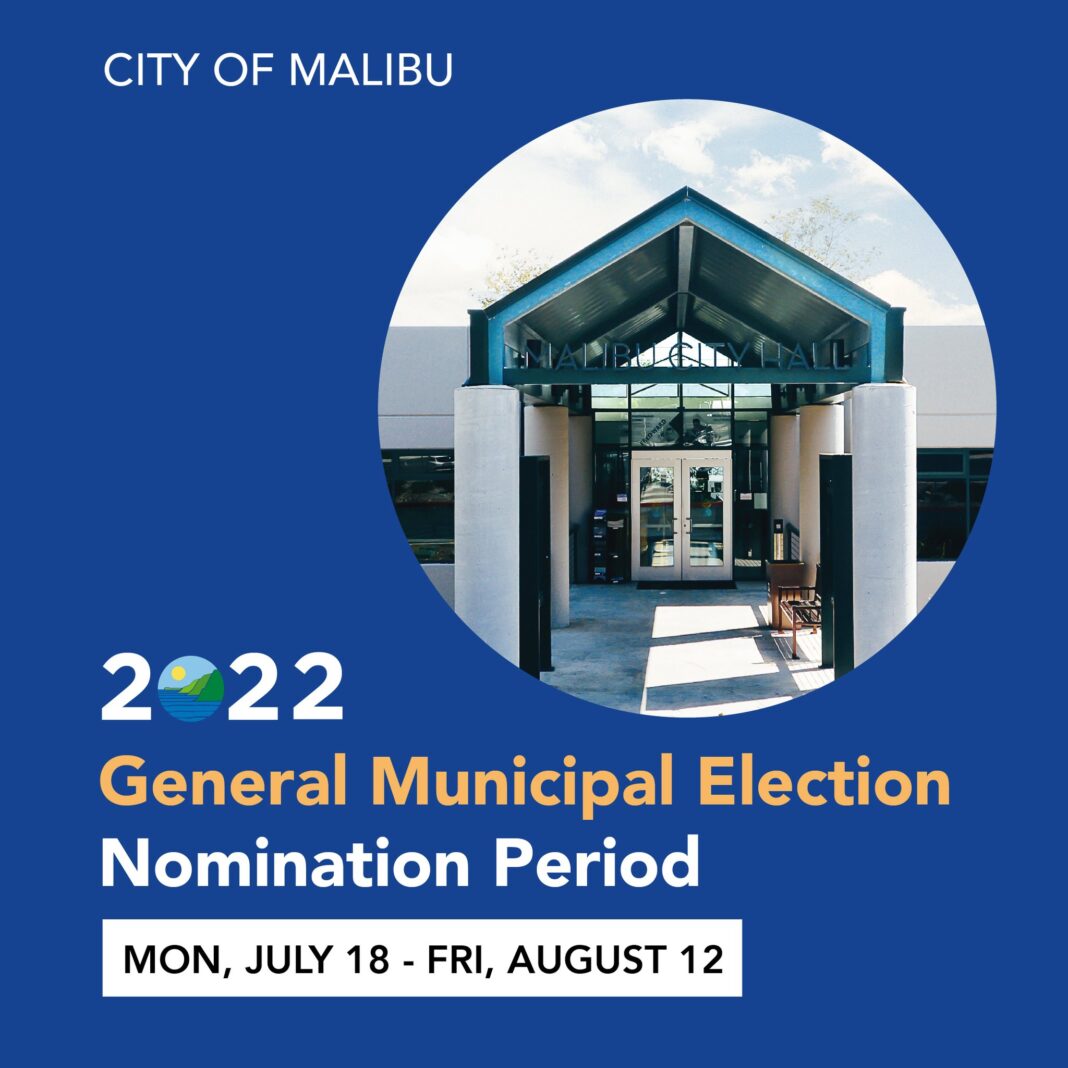 MALIBU—The nomination period for candidates running for Malibu City Council in the November 8, 2022 General Municipal Election ends on Friday, August 12 at 4:30 p.m. or Wednesday, August 17 if the incumbent does not file.

“Participating in elections, whether by voting or running as a candidate, is crucial to ensuring that the City reflects the needs, concerns and values of the entire community,” said Mayor Paul Grisanti.

To schedule an appointment to pull nomination paperwork to begin the nomination process, email City Clerk Kelsey Pettijohn at KPettijohn@MalibuCity.org or call 310-456-2489, ext. 228.

Before any candidate raises or spends money in connection with their campaign, they must fill out and sign the Declaration of Intent to Solicit and Receive Contributions Form and the Fair Political Practices Commission Form 501 and file them with the City Clerk.

Both forms are available online via the city of Malibu’s elections website, along with information on important dates, voter registration, vote-by-mail ballots, and candidates. The page will be regularly updated with new information.