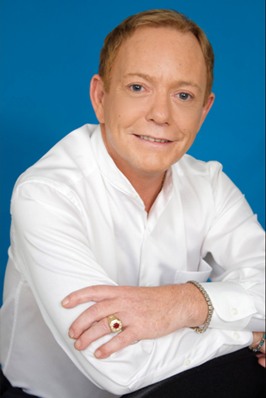 HOLLYWOOD—Norm Crosby is an actor and Borscht Belt comedian whose contemporaries include Buddy Hacket, Jerry Lewis and Schecky Greene. He is known best as “The King of Malaprop” using incorrect grammar and phrasing with hysterical effect. He was originally half of the nightclub comedy team of Ethan Eichrodt and Norm Crosby. The act was a big draw at Bally’s Casino and Hotel in Las Vegas. The duo enjoyed the height of its popularity in the early 1950s. Crosby went solo as a stand-up comedian often opening for Vegas headliners such as Gladys Knight, Robert Goulet and Tom Jones. Norm refined his stand-up monologues by interpolating malapropisms and Crosby has since become identified with fractured English. For nearly 30 years Norm Crosby has co-hosted and contributed to the annual Jerry Lewis MDA Labor Day Telethon and is a trustee of the Hope for Hearing Foundation at UCLA.

Born in England, Nigel first gained recognition as a young boy in the 1960s appearing in the original West End Production of “Oliver” and performing in the national tours of “The Sound of Music,” “Peter Pan” and many others. At a young age, he discovered his niche as a cabaret performer and found success as a recording artist. He appeared in clubs and theatres all around the UK and Europe, while his records charted in England. By the time he became a young adult, Nigel realized his drive and ambition had left no room for other personal and business endeavors. At 18, he moved to New York. His business life was enormously successful and his private life produced a son; however, he couldn’t continue to ignore the call of his first loves: singing and performing.

“Come Back to Me” is a compilation of 12 standards and love songs sung by Nigel Giovanni. Backed by the Geo Valle Swing City Band, the album also features Jack Sheldon on trumpet. The songs featured on the CD are “Come Back to Me,” “S’Wonderful,” “Portrait of My Love,” “Ordinary Fool,” “As Long as She Needs Me,” “With These Hands,” “Dream a Little Dream of Me,” “I Fall in Love Too Easily,” “Why Did I Choose You?,” “Leaving on Your Mind,” “What’s Good About Goodbye” and “More.” “Come Back to Me” is distributed by Dress Circle Records and will be available at Amazon.com, iTunes, cdbaby.com and at nigelgiovanni.com/nigelstore.

Martha’s Village and Kitchen was founded in 1990 and recently celebrated its 20-year anniversary of making a difference in the lives of thousands of people. It is the largest provider of comprehensive homeless services in Riverside County. Its continuum of care provides a place for people to regain their lives and includes Emergency and Transitional housing for single adults and families, Counseling, Job Skills, Career and Education Training, Medical Care and Children’s Services. Martha’s Village & Kitchen also provides services to the community at its Medical Clinic, Emergency Services such as food boxes, clothing vouchers, infant supplies, utility, transportation & rent assistance and a daily meal to the public. Every dollar raised for Martha’s Village & Kitchen stays in the Coachella Valley to continually serve its neighbors in need.

The Humane Society of the Desert is a non-profit organization surviving solely on donations. It was established in 1961 to create a safe haven for the homeless, abandoned and abused pets. They also offer animal education programs for very young children to school aged children focusing on proper pet ownership as well as a “Sponsor an Animal” program for the classroom where students raise money for a specific animal and get to witness his/her growth and health through monthly communications.

What: The legendary comedian Norm Crosby and vocalist, Nigel, will perform with a jazz orchestra conducted by Geoffrey Stradling, in an “Evening of Music and Comedy.” All proceeds will benefit Martha’s Village and Kitchen and the Humane Society of the Desert. Terry Darby, local singer and entertainer, and Rick Overton, stand-up comedian and TV actor, will warm up the audience with their lively opening act. Show business historian and entertainer Goeffrey Mark will act as Master of Ceremonies.

Tickets: Tickets are on sale now directly from the Aqua Caliente Box Office, http://www.startickets.com/event.php?event=1744, and will be available for pick up at the box office after 3 p.m. on September 16. VIP tickets and more information on event available at 9-16concert.com

Prices: $25 – $39, VIP tickets are $79 each and include a box seat with access to private lounges with bars, a food spread, and complimentary first drink