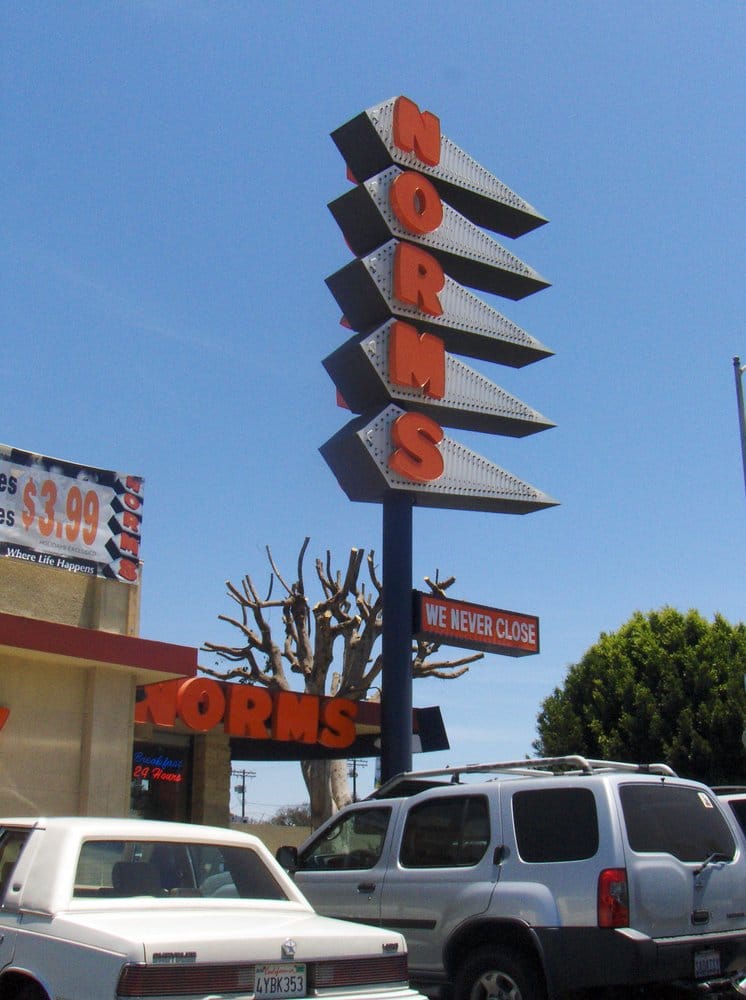 WESTWOOD—The googie-style Norms Diner located on Pico Boulevard in Westwood will be closing its doors on December 24. Many of the old googie 50’s buildings have been demolished.

Canyon News previously reported that a similar-styled building that was once an iconic Penguin Coffee Shop in Santa Monica evaded demolition by declaring a historical work, and is being renovated into a Mel’s Diner. The old coffee shop was designed by Armet & Davis, who also designed many of the Norms Restaurants in Southern California, notably the La Cienega location.

The Norms Diner located on Pico was designed by David Jacobson, who has participated in architectural work for casinos in Las Vegas and the establishment of his own firm, David Jacobson Associates. Jacobson passed away October 30, 2008 at the age of 89.

Los Angeles Magazine reported on the lasting relevance of small diners, quoting new Norms Diner owner Mike Colonna who stated: “We get late night millennials, and our base of baby boomers.”

“Norms has been a part of the Westwood community since 1969. We know that Norms will be missed by our neighbors in Westwood and we will miss serving them and being a part of this great Los Angeles neighborhood. Additionally, we have many dedicated, long-term employees at this restaurant, and we value each and every one of them. We are currently working with the Westwood team to transfer as many team members as possible to one of our other 17 Norms locations across Southern California,” said Norms Diner in a statement.