Roberts is reportedly from an affluent family from Paradise Valley, Arizona.  He currently works as a consultant for social media and has worked building web sites in the past.  Public records show that Roberts is not registered to vote.

Ocasio-Cortez’s Chief of Staff is Saikat Chakrabarti who previously served during the presidential campaign for Senator Bernie Sanders.  He co-founded both the Brand New Congress and Justice Democrats. The focus of the Brand New Congress was to, “launch hundreds of progressive candidates into congressional races.”

Roberts does have a working email address with the federal government. Canyon News reached out to Roberts via email, but did not receive a response.

Ocasio-Cortez has been accused of violating finance laws by allowing Chakrabarti to funnel large campaign contributions through the two above mentioned corporations he co-founded creating what is called a slush fund.  A slush fund is a rainy day fund, but it is used for illicit purposes like political bribery.  The enclosed YouTube video, “Ocasio-Cortez’s lesson in dark money” has been noted as one of the most-watched political videos as of recent.

Congresswoman Ocasio-Cortez has denied all allegations. Dark money is when money is filtered through a non-profit.  This is done because the 501(c) are not obligated to divulge where their donations come from. 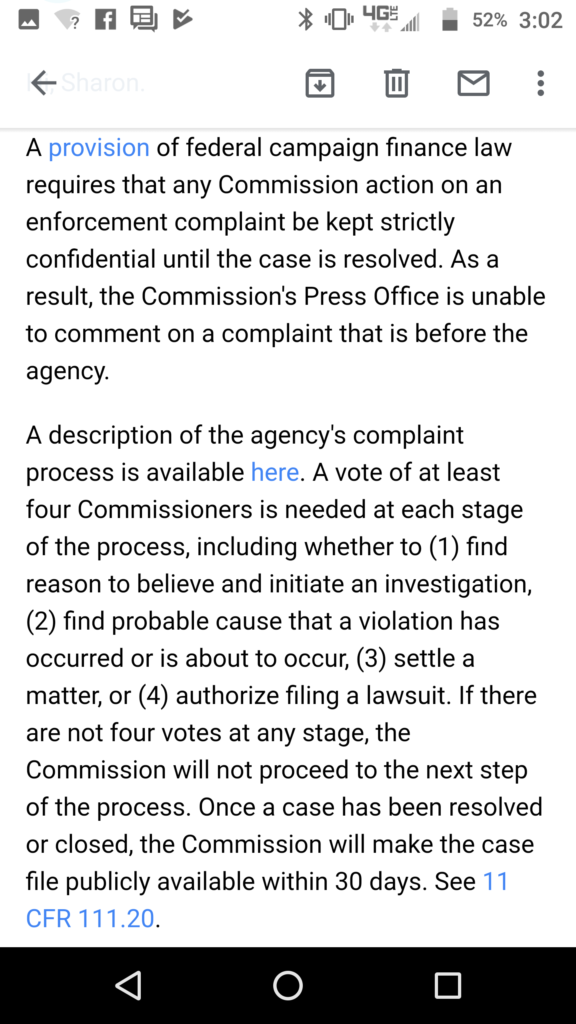 The financial records on file with Vote Smart can be seen below. 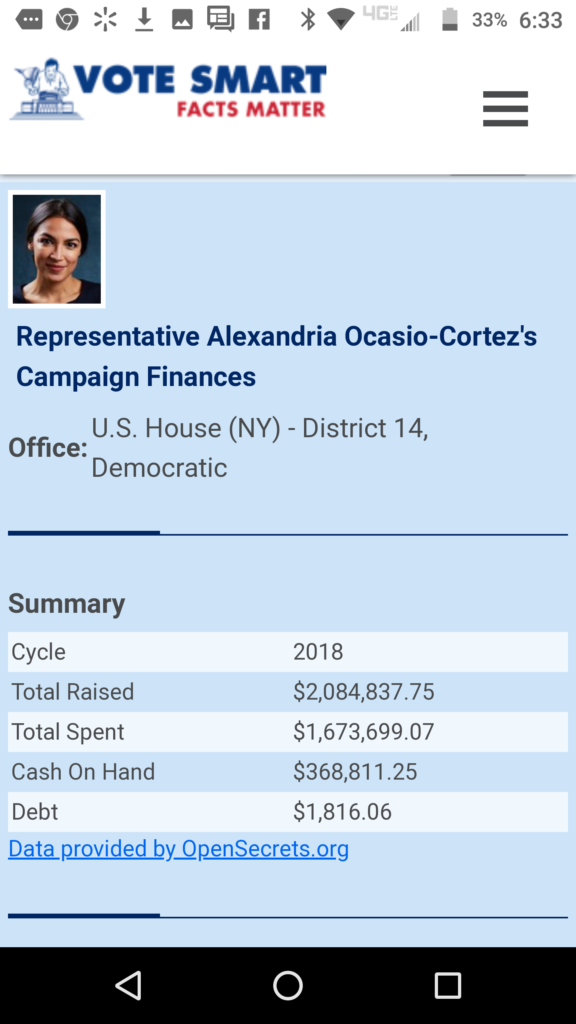 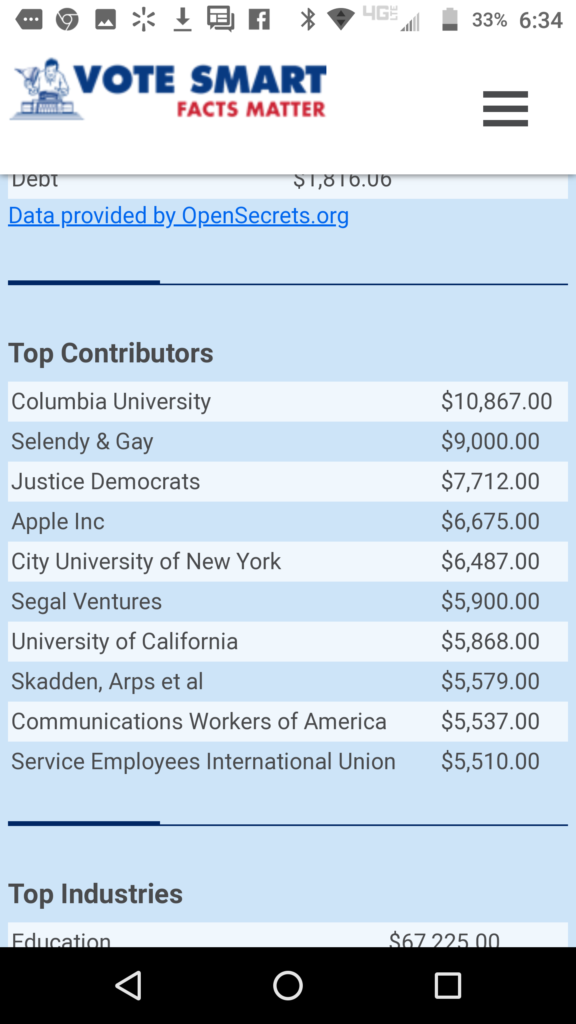 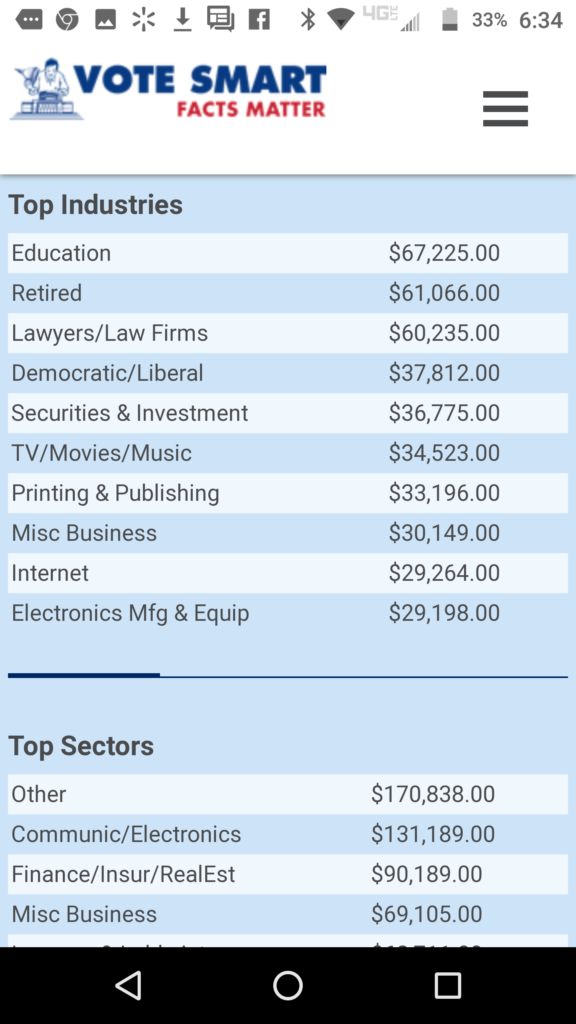 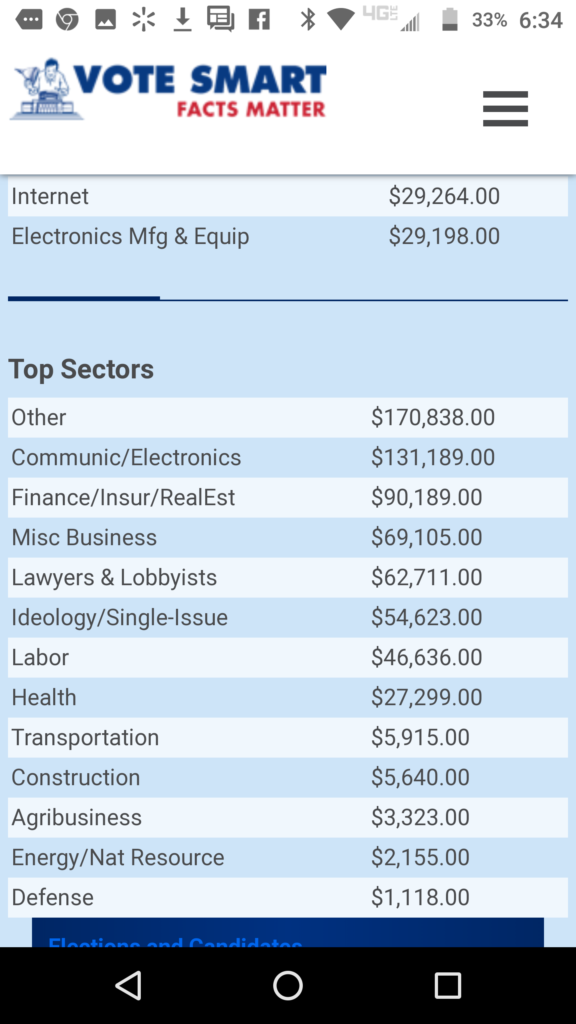