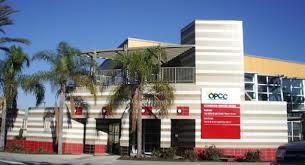 SANTA MONICA—The Ocean Park Community Center was recently awarded a grant of nearly $1.7 million from the U.S. Department of Housing and Urban Development. This grant will help fund OPCC’s Shelter Plus Care program, which houses homeless individuals living with a disability.

Canyon News was able to speak to OPCC’s executive director John Maceri, who stated that “this grant is for rental subsidies,”  although OPCC does provide many other services for the homeless.  Maceri also explained that the individual has to contribute 30 percent of their income towards rent.

A participant of the program, Lawrence Baca, agreed to share his experience with OPCC. Baca explained to Canyon News that he used to be a heroin addict and had been homeless before going to rehab for a year. It took Baca a while to commit to being sober, which made it difficult to get into a shelter. He stated, “I had been looking for a place that would take me in and give me housing when I was told about OPCC.”

In the end he figured out a way to stay focused on sobriety. He had been volunteering before entering OPCC’s program and knew that was what would keep him focused in getting on the right path. He added, “I don’t volunteer because it’s required, but because I enjoy it. It gives me a peace of mind, and I want to send a message that people can change.”

The homeless population at OPCC also includes war veterans and those who have lost their homes due to the bad economy. To learn more about OPCC and how one can volunteer, visit OPCC.org.