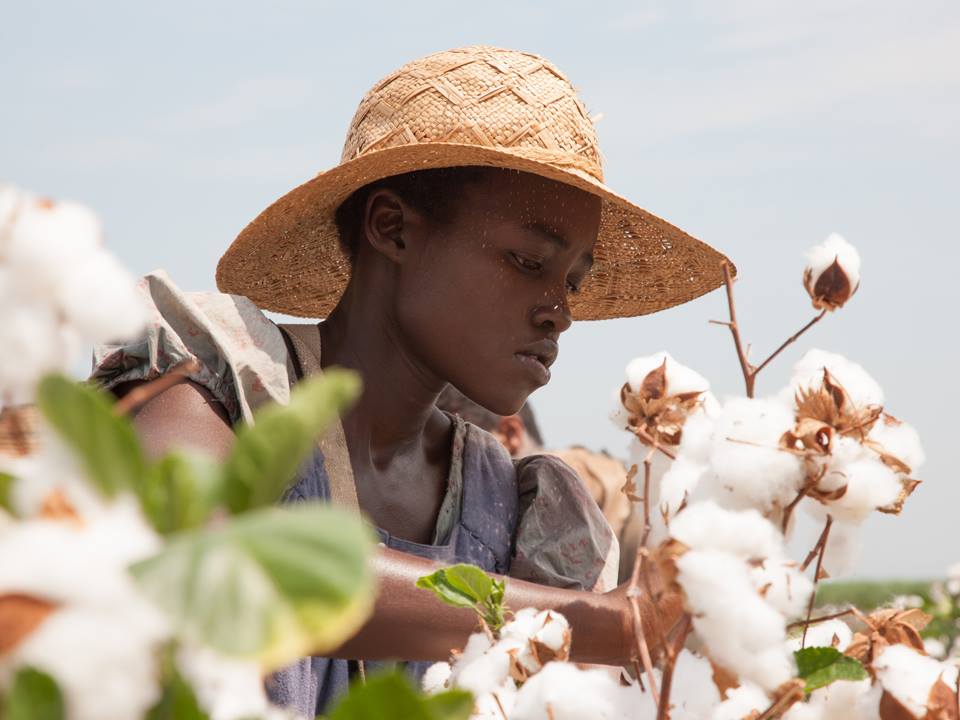 HOLLYWOOD—The Academy Awards are being held today and with all the glitz and glamour, one of the most competitive races this year lies in Best Picture. Its not because we have a total of nine nominees vying for the top prize, it’s the fact that we have three powerhouse titans that each have an equal shot at the top prize.

This is not to diminish the other nominees which include “Captain Phillips,”Â “Dallas Buyers Club,”Â “Her,”Â “

Nebraska,”Â “Philomena”Â and “The Wolf of Wall Street.”Â  Out of these six nominees I would argue that “The Wolf of Wall Street”Â has a bigger shot at competing with the top three. Why? Well it’s directed by titan Martin Scorsese. It has powerhouse acting from Leonardo DiCaprio and Jonah Hill and is a riveting story. There’s just one problem, the movie is slightly a bit longer than what it has to be. If that extra 45 minutes would have been trimmed off, it could be a top candidate.

So let’s look at the big contenders “American Hustle,”Â “Gravity”Â and “12 Years a Slave.”Â  “American Hustle”Â is one of those pictures that swoops the audience into its glory.  It has sensational storytelling, stellar acting from Amy Adams, Christian Bale, Jeremy Renner, Bradley Cooper and Jennifer Lawrence, not to mention effortless directing from David O. Russell. “Hustle”Â is a critical darling, as well as a treat for movie goers. My one gripe with the film is that it’s a bit overhyped.  I was thoroughly engaged in the picture, but not as much as a film of the magnitude as previous Best Picture winners like “The Hurt Locker,”Â “Crash”Â and “Argo.”Â  This picture is the dark horse that could take the prize if the votes are split between “Gravity”Â and “12 Years a Slave.”Â

Speaking of “Gravity,”Â it’s a sci-fi treat of filmmaking. First and foremost, it’s a gripping thriller that takes the audience on a journey unlike any other. Director Alfonso Cuaron’s ability to do what he does with this picture with the camera can not be expressed with words; it’s simply awesome. Nothing of this magnitude has EVER been captured on the big screen. Think “Avatar,”Â but multiply the technical advancements by about 10 times and you get a story as gripping and amazing as “Gravity”Â is.  It doesn’t hurt that the movie has sensational acting from Sandra Bullock who is a Best Actress nominee, and George Clooney who should have landed a nomination in the Supporting Actor race.

What makes “Gravity”Â a strong opponent in the Best Picture race is the fact that it was a box-office powerhouse, grossing beyond $200 million domestically. Its director Alfonso Cuaron has already cleaned house this awards season in the Best Director race. Why is that important? Rarely does the Academy split the vote when it comes to Best Director and Best Picture. Whoever wins Best Director tends to take the prize for Best Picture. Only a few times has this not happened, in 1998 “Shakespeare in Love”Â won over “Saving Private Ryan,”Â 2002 when “
Chicago”Â won over “The Pianst,”Â and in recent times “Crash”Â winning over “

Brokeback
Mountain”Â and 2012 “Argo”Â won over “Life of Pi.”Â So looking at history, Best Director and Best Picture tends to be a package all in one. I mean how can you win Best Director, but not Best Picture; it’s a package deal.

So where does this leave “12 Years a Slave?”Â Well, this is a movie that is a polar opposite compared to “Gravity.”Â This picture introduces a dark tale of American history unlike anything, and I mean anything captured on film. Its one of the most difficult films I have ever witnessed on the screen, at times nearly forcing me to close my eyes or leave the theater in shear pain. This film delivers slavery in all of its horrifying glory and tugs at the heart delivering a wave of emotions that one couldn’t expect.  The acting from Chiwetel Ejiofor, Lupita Nyong’o and Michael Fassbender speaks waves of what the story brings to the audience. It’s the type of film that Academy members eat up: dramatic, powerful, strong social message.  This movie is everything that “Gravity”Â isn’t which gives it an edge. Why? “Slave”Â lacks the technical advancement that “Gravity”Â has. The same can be said that “Gravity”Â lacks the dramatic flair that “12 Years a Slave”Â has. In other words, both front-runners lack what the other has. This opens the door, for another picture to swoop in for the prize.

Am I saying that “Gravity”Â and “12 Years a Slave”Â have little chance at the top prize, no! My personal gut tells me “Gravity”Â is gaining traction, but “Slave”Â has many awards under its belt in the Best Picture race. At this point, I see “12 Years a Slave”Â as a victor for the Best Picture prize, but this is one of the most unpredictable Academy Awards in years, which means it’s anyone’s game, as “Gravity”Â and “Slave”Â will fight until the bitter end.