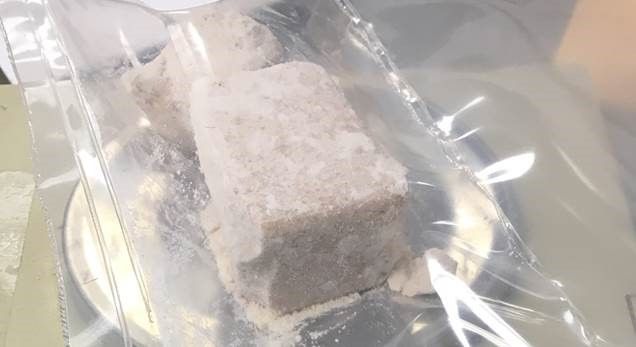 SANTA MONICA—The Santa Monica Police Department’s Narcotics Unit and Crime Impact Team executed a search warrant that lead to the arrest of two people for narcotic sales and seized about $40,000 worth of the powerful synthetic opioid drug fentanyl, $7,000 in powdered cocaine and over $12,000 in cash.

The search warrant was served on Tuesday, March 19 in the 1400 block of 11th Street in Santa Monica for narcotics sales activity. Detectives booked Sasha Carrillo, 33, and Shane Michael Spring, 36, both from Santa Monica on suspicion of possession of narcotic for the purpose of sales. They possessed 9 ounces of fentanyl and 2.5 ounces of cocaine.

Lieutenant Saul Rodriguez told Canyon News via email that the suspects lived together, but their relationship is undetermined.

Detectives are presenting the case to the Los Angeles County District Attorney’s Office to file charges.

“Thank you so much for this,” posted Propmaster Tasha Lee Bridge from Affiliated Property Craftspersons Local 44 on Facebook. “Lost my step son April 2nd last year to fentanyl overdose. So many families will not feel what my family does thanks to you.”

The Santa Monica Police Department is asking with details about narcotic activity in the city to contact them at 310-458-8491, or the department’s anonymous Narcotics Tip Line at 310-458-2292.