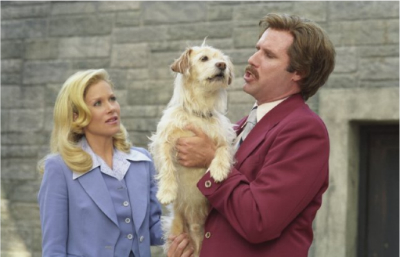 LOS FELIZ—The Los Angeles Department of Water and Power reported to the city on Wednesday, January 25 a pricing plan for power nodes at Griffith Park’s Old L.A. Zoo, LADWP’s John Ferraro Building and at City Hall that could be used by production companies while they film at these locations.

LADWP General Manager Ronald O. Nichols reported to the Jobs and Business Development Committee that it would cost $350 per day to use the node at City Hall and $100 less a day for using the node at the John Ferraro Building. But Nichols could not report a pricing structure for the power node at the Old L.A. Zoo because it is metered.

Nichols recommended that the Department of Recreation and Parks be asked to pick up the meter tab for film production companies because the node has been used during park-oriented events such as Shakespeare in the Park and the Hollywood Haunted Hayride. Several film productions have already been shot at the Old L.A. Zoo including “Anchorman: The Legend of Ron Burgundy” in which it doubled as the San Diego Zoo, in addition to “Eraser” and “CSI: New York” for which it was shot as New York’s Central Park Zoo.

Though the nodes replaced more expensive, noisy diesel-powered generators, they have not been widely used because a pricing plan has not been implemented. To remedy this problem, the city asked LADWP, the General Services Department and the City Administrative Officer in December to negotiate a simple and affordable option.

The power nodes were installed to provide clean, cheap outlets of electricity to attract productions companies to shoot movies, TV programs and commercials at the aforementioned locations. Eric Garcetti, the councilmember who represents Los Angeles’s 13th District, said he would like to see a couple dozen of these power nodes throughout the city.