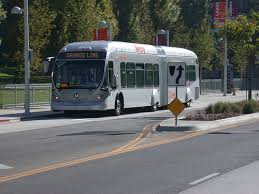 The altercation began when the suspect began harassing another passenger on the bus, causing police and an ambulance to be summoned and impeding eastbound traffic on Ventura Boulevard as police cars and fire engines collected at the scene.

The incident occurred in Woodland Hills, near Ventura Boulevard and N. Topanga Canyon Boulevard, where the man had to be secured on a gurney after being restrained by several police officers.

The suspect was non-cooperative when arriving deputies attempted to contain him, and pepper spray was used when he became violent. The bus driver was struck during the fight.

The suspect was transported to a hospital, and passengers were forced to leave the bus due to pepper spray fumes.