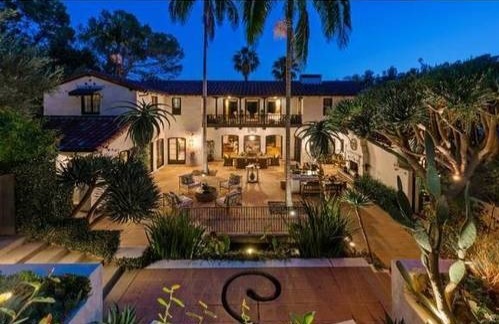 LOS FELIZ—Actor Robert Pattinson sold the home he shared with ex-girlfriend, Kristen Stewart, for $6.375 million. Pattinson first grew to fame as golden boy Cedric Diggory in “Harry Potter and the Goblet of Fire” in 2005, and became a world-wide sensation for his role in the “Twilight” series in 2008 as teen heartthrob, Edward Cullen.

Pattinson and Stewart purchased the home back in 2011 for $6.25 million. The couple began dating while on the set of “Twilight” in 2008. Stewart played Pattinson’s mortal love interest, Bella Swan; fans and critics could not argue with the chemistry between the two, both on and off the set.

After dating for four years, in 2012, Stewart was caught in the midst of an affair with director Rupert Sanders while on the set of “Snow White and The Huntsman” which affected Stewart’s relationship with Pattinson.

The pair briefly resumed their relationship in 2012, where they were seen together at several events promoting “Breaking Dawn: Part II,” but the relationship eventually drew to a close. Pattinson’s home was put on Realtor.com and was described as “seductively beautiful.” The Spanish-style home was built in 1922 and contains 3 bedrooms, 3.5 bathrooms, a library, a courtyard and a living room that features a drop-down screen for movies.

The new owner, Jim Parsons, who plays socially inept Dr. Sheldon Cooper from “The Big Bang Theory,” purchased the home from Pattinson. According to The Real Estalker, he sold his house for $1.85 million with partner Todd Spiewak after they purchased their Los Angeles home back in April 2009 for $1.3 million.